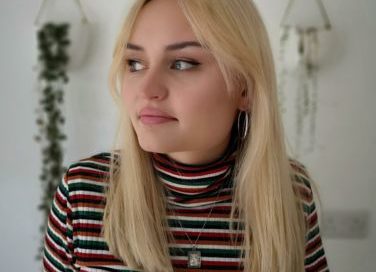 Visual Artists Ireland, in partnership with Dublin City Council’s The LAB Gallery, are delighted to announce Meadhbh McNutt as the winner of the DCC/VAI Art Writing Award 2020. McNutt’s winning essay, focusing on the critical discourse surrounding online exhibitions, will be published in the November/December 2020 issue of The Visual Artists’ News Sheet. She will contribute to subsequent issues of VAN, as well as The LAB Gallery’s 2021 programme, and will receive a €1,000 honorarium.

Meadhbh McNutt is an Irish art writer whose work traverses criticism, creative writing and critical theory. She holds an MA in Aesthetics & Art Theory from Kingston University, London, and has previously contributed to a range of Irish and international art publications, such as Tank Magazine, Circa, The Visual Artists’ News Sheet and Thinking Catherine Malabou (Rowman & Littlefield). McNutt recently facilitated a three-part writing workshop at CCA Derry~Londonderry, entitled ‘Should Artists Write?’ She has previously worked as copywriter and editor for numerous organisations including GARAGE Magazine (Vice) and Galway 2020 European Capital of Culture.