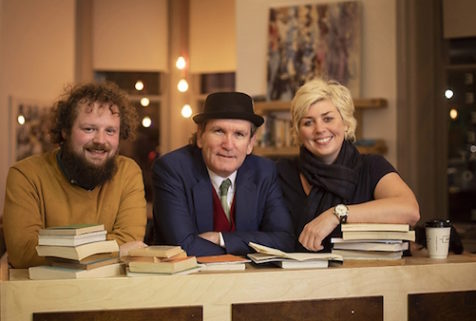 14 artists from Northern Ireland have been announced as the latest recipients of the Arts Council of Northern Ireland’s ACES awards 2019-20, a National Lottery supported funding grant bestowed upon Northern Ireland’s most talented emerging artists to enable them to develop their professional, artistic careers through the creation of new work.

Awards under the Artists Career Enhancement Scheme (ACES) are made annually to professional artists working in music, visual arts, drama, dance, literature and participatory arts and are among the most prestigious awards bestowed by the Arts Council. This year’s awardees includes five literature awardees, four musicians, two visual artists, one drama awardee and one dance awardee.

In addition to receiving a bursary of up to £5,000 each, many of the 14 artists have been partnered with a professional organisation or leading artist, at home or abroad, to help each of them to deliver new creative work. Some of these partners include; Seamus Heaney Centre at Queen’s University Belfast, Golden Thread Gallery, Dumbworld, international choreographer, Judith Camero, Champion Sound Music, Kabosh, Seamus Heaney HomePlace and Sonic Arts Research Centre.

The 14 artists awarded ACES funding include:

The Artists Career Enhancement Programme (ACES) forms part of the wider Support for the Individual Artist Programme (SIAP) which is administered by the Arts Council of Northern Ireland annually with funding from the National Lottery. As part of its continuing commitment to supporting the development of individual artists, the Arts Council made 209 SIAP awards to individual artists in 2019/20 totalling £567K. Visit www.artscouncil-ni.org/funding for information on all funding opportunities.