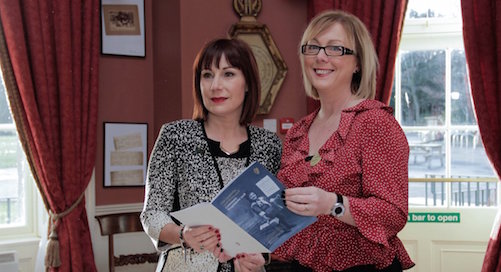 Ministers announce extension of Social Welfare Scheme for Self-Employed Artists from September. The Minister for Culture, Heritage and the Gaeltacht, Josepha Madigan TD and the Minister for Employment Affairs and Social Protection, Regina Doherty TD, have announced the extension of the scheme on a permanent basis to self- employed artists including those working in the performing arts, film and architecture. An initiative of the Creative Ireland Programme, a pilot of the scheme for visual artists and writers was announced by an Taoiseach Leo Varadkar in June 2017.

The expanded scheme recognises the unique creative circumstances of artists in receipt of Jobseekers Allowance and gives them special assistance in their first year out of work, allowing them to focus on their creative output.

This means that from September, self-employed artists in receipt of Jobseekers Allowance for the first year that they are out of work will be able to focus on their artistic work and developing their portfolio, rather than having to participate in the normal labour market activation activities. Artists eligible to apply to the scheme include actors, theatre and film directors, dancers, opera singers, set, costume and lighting designers, musicians, composers, choreographers, architects and street performers.

“This Government recognises the crucial role that the arts and culture play in our nation. That’s why we have already made significant progress on our public commitment to double funding for culture, heritage and the Gaeltacht by 2025. In Budget 2019, funding for arts and culture increased by €22.6m to almost €190m, an increase of 14% on 2018.

Artists, performers and stage designers are central to this. They deserve our full support particularly given the significant income challenges they can face. That’s why we are expanding this scheme, a pilot initiative of the all-of-Government Creative Ireland Programme, to include other self-employed artists.

The Department of Culture, Heritage and the Gaeltacht will work with the Arts Council and the representative bodies for artists from different art forms to develop an independent and objective validation process that will certify the artists’ professional credentials.”

The review of the pilot scheme revealed that to date over 100 artists and writers have availed of the scheme. Analysis shows that the vast majority of the artists on the pilot, (over 87%) who subsequently exited from the Jobseekers Allowance scheme do so within the first year.

Feedback from the organisations representing visual artists and writers has been positive. It is clear to them that the State recognises the vital contribution professional artists make to Irish society but also understands the economic hardships many artists face as periods of unemployment can be a typical feature for them as they try to build up their work.

As a result of the review findings it has been decided that the scheme will be established as a permanent scheme in its own right and will include other professional artistic disciplines. The derogation from activation for the first 12 months will help the artists to exit Jobseekers Allowance having had the opportunity to grow their self-employment in their artistic field.

“In Ireland, we hold a very special place for the arts and I hope that through this initiative some we can create some breathing space for creative people to flourish. Today’s decision is being taken following a review of the Creative Ireland Programme’s Artists Pilot Scheme which recommended the extension of the scheme to other self-employed art forms from September 2019. So, from September, we will be giving more artists and performers the support they need to focus on their craft.

“The review was undertaken by my Department in consultation with the Department of Culture Heritage and Gaeltacht. I would also like to acknowledge the support and input from The Arts Council along with representatives from Visual Artists Ireland and the Irish Writers Centre.”

Obviously as is the case with visual artists and writers an independent and objective validation process of professional certification will be developed by the Department of Culture, Heritage and Gaeltacht, the Arts Council and the various representative bodies as part of the process.

Both Departments will work together to implement the recommendations of the Review in the coming months with a view to completing the extension of the scheme from September 2019.

“The National Campaign for the Arts welcomes the news from Ministers Madigan and Doherty regarding the expansion of this scheme to include other artists which will be a great relief to many. Having time to plan and develop work, without having to participate in non-related activation activities, will be of enormous benefit to someone writing a book, auditioning for a theatre piece or writing an album.”