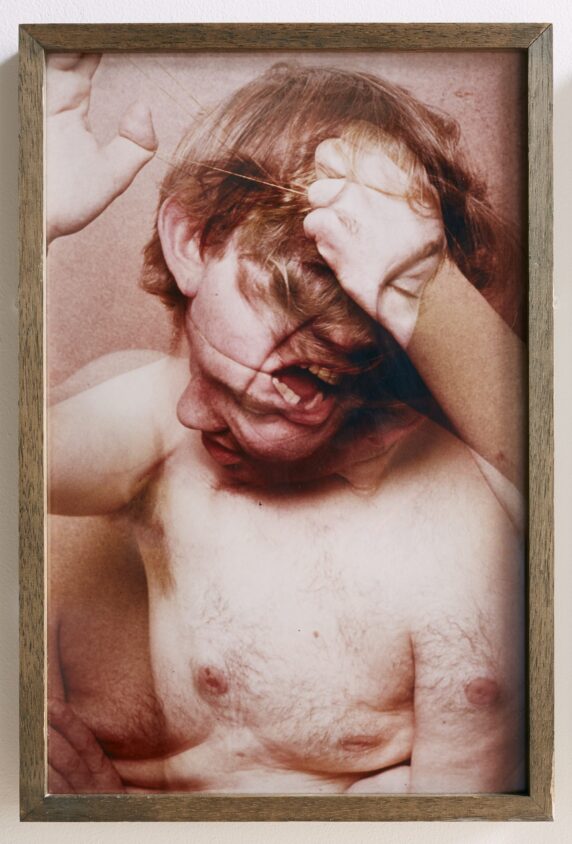 JANE MORROW REFLECTS 25-YEARS OF THE UNIVERSITY OF ATYPICAL, BELFAST.

Most organisations would throw a big, indulgent party for their 25th birthday. It’s not that the former Arts & Disability Forum don’t love a party – they do – but they elected instead to mark this key anniversary by asking difficult questions of their staff, board, members and stakeholders: “Who are we? What contribution do we make? Why are we here and how can we continue to make the best work possible happen here?” As a result, they took the bold move of rebranding. They’d known for a while that the organisation’s name made it sound more like a “therapeutic talking shop” – warm and friendly, but hardly the empowering and challenging organisation that their programming declares them to be. I spoke to the two fierce women spearheading these changes – Chief Executive Officer, Chris Ledger, and Arts Development Officer, Paula Larkin – about the organisation’s mission and context.

Formed in 1993 by a group of disabled and deaf people who wanted to be involved in the arts, the Arts & Disability Forum changed the game. Placing disabled and deaf artists at the centre of their activities, they set about changing attitudes regarding access to the arts in Northern Ireland. This governance model is enshrined in their constitution; only recently have applications for board membership been accepted from individuals who do not present as disabled or deaf. Through the years, five major strands of their operations developed: a gallery with an outreach/lifelong learning programme; The annual Bounce festival; the Arts & Disability Equality Charter (ADEC), which they author and disseminate via training; and the Individual Disabled Artist (iDA) Awards scheme – their biggest success, in terms of supporting the critical and professional development of artists across disciplines.

Rebranding the organisation required open conversations about language: how to communicate a person-centred approach, in line with the social model of disability and how to address accepted and inappropriate terminologies? In addition to prioritising the growth and professional development of their artist members, their remit is to educate the public. ‘University’ reflects a whole society; a coming together. From this critical mass, a position of strength is achieved by a community who don’t necessarily feel fully understood or recognised all of the time. Similarly, the term ‘Atypical’ enables members of this community the freedom to identify in ways that they are comfortable with. It acknowledges a spectrum of lived experiences, without the prescription of labels (that invariably serve to differentiate, rather than unify). University of Atypical advocates the use of the term ‘disabled people’, placing the emphasis on exclusionary systems in our society.1

The University of Atypical is primarily an arts organisation for which it is just as important to have a disability culture. The practitioners they work with autonomously make the choice whether to foreground disability or not. As intersectional frameworks have gained traction over the last 30 years, artists have been paramount in shaping a new set of values which address individual and collective experiences of disability, race, gender, sexuality, age, class and size, amongst others. Chris identifies meaningful collaborations for the organisation based on the ‘Crips and Queers’ principle.2 She describes performance artist and LGBTQIA icon David Hoyle, (involved in the first Bounce festival, which coincided with London’s Paralympics in 2012), who used the performance to ‘come out’ with mental ill-health. This dark but gently humorous anecdote exemplifies the ethos of Atypical, an organisation which considers itself to be on the cheekier side of things, encouraging audiences to laugh along with them, whilst challenging their own preconceptions. Meanwhile, what Chris refers to as a “cruel revolution” has taken place. A decade of austerity has emboldened our blame culture, foregrounding unprecedented levels of scrutiny and the political withdrawal of public funding, threatening disabled and deaf artists as well as arts organisations receiving subsidy.

Chris tells me that some perceive University of Atypical’s work as therapeutic, which couldn’t be further from the organisation’s objectives. However, there are undisputed wellbeing outcomes from their work. Chris and Paula tell me about  exciting plans to expand their artist-led public programme. They’re committed to paying artists, but also recognise the benefits for artists to act in a voluntary capacity – making decisions as board members for example, or identifying and approaching venues that require support to change their access policies. I’m assured that it is a stretch for most organisations to achieve genuine inclusion – measured through the ADEC framework that Atypical manages – but venues are guided regarding best practice.

The Atypical Gallery hosts between six and eight exhibitions per year. Paula’s recent exhibition highlights include: Olivier Fermariello’s 2017 exhibition ‘Je t’aime moi aussi’ (photographic works on the apparent taboo of sex and disability); and Maurice Hobson’s posthumous ‘Faces Caught in Time’, “a deliberate and uncomfortable reminder of the human casualties of ideological violence”. This impactful display has brought Hobson’s work back into the public eye and potentially into notable collections. Paula also outlines the strength of the relationships that they’ve developed with emerging practitioners, such as video artist Mark McKeown.

Chris’s selection features more performative and participatory works, such as Noemi Lakmaier’s weebles dinner party, ‘We Them Other’. Funding from Good Relations enabled the organisation to employ artists to work with politicians in Stormont and the wider public, to make Japanese paper cranes, marking the anniversary of the Nagasaki and Hiroshima bombings. The current exhibition ‘She Stepped Out and I Stepped in Again’ features five female artists who collectively made performances whilst “weaving fluidly through each other’s steps and spaces”.

Paula admits that public expectations may be low, regarding the work they support and produce. Following hugely successful renovations of the gallery space in early 2018, she now wants more and better, and refuses to compromise on offering invited practitioners a professional and prestigious space. I pity the fool who apparently once mentioned “therapeutic watercolours” to these women! They laugh as they tell me that the skilled and dedicated team (including Leo Devlin, Hugh O’Donnell and Caroline Shiels, who have given many years to the organisation) have been likened to terriers, as opposed to bulldogs, because they like to play as well. The very flat hierarchy in Atypical enables them to “just make things happen”, expanding their environment to fit them, not the other way around.

Jane Morrow is an independent curator and PhD researcher at the University of Ulster, with a specific interest in artist and organisational development.

Notes
1 There are 13.9 million disabled people in the UK, constituted by 8% of children, 19% of working-age adults and 45% of pension-age adults. See: scope.org.uk/media/disability-facts-figures
2 ‘Crip’ is considered to be an inclusive term, representing all disabilities, including people with vastly divergent physical and psychological differences. As an ‘insider’ term for disability culture, ‘crip’ is associated with the contemporary disability rights movement, in the same way that ‘queer’ has been elevated from a derogatory term by the gay community, to an umbrella term, referring to all LGBTQI people. See: wright.edu/event/sex-disability-conference/crip-theory