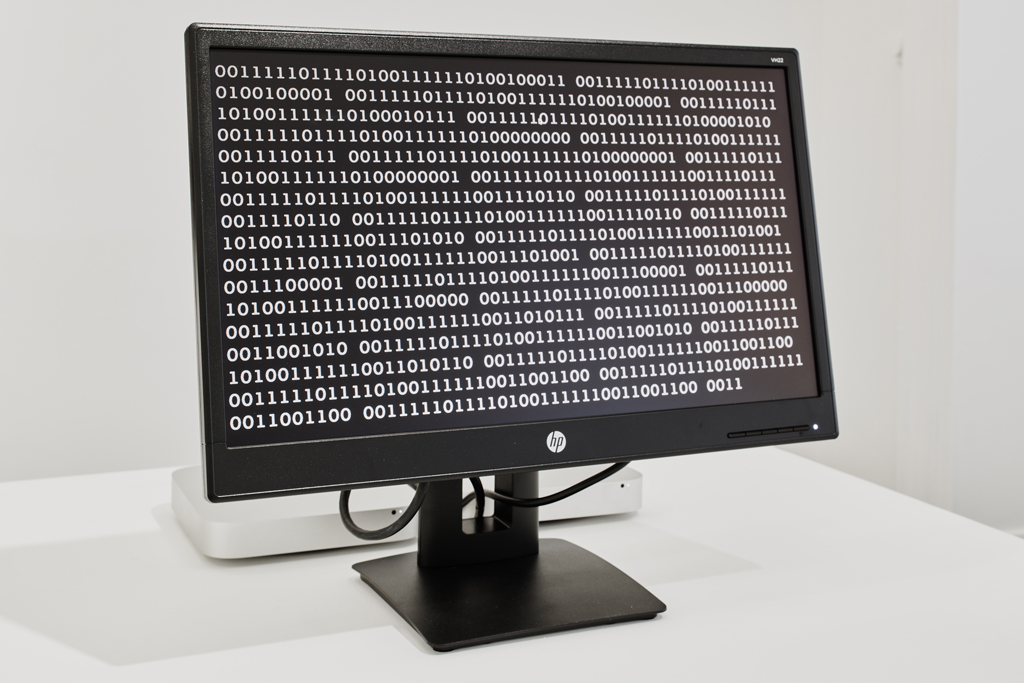 ‘Nowhere Without No(w)’ highlights Walker and Walker’s longstanding interest in the Modernist canon – particularly Charles Baudelaire and Stephane Mallarmé, in this instance. The themes of the works presented – and the artists’ long-running collaborative practice – are diverse, but Romantic association predominates.

The exhibition is exactingly prescriptive in its use of ideas and literary references. Its sleekly direct and literal translations of ideas into form invoke the aesthetic austerity of the conceptual tradition. However, its sensuous silvers and inky blacks exacerbate the cerebral quality into kitsch and fetish, helping to establish a sense of fraught disclosure. Pathos is prevalent along the fault lines, where abstract ideas are made materially concrete. The artists appear to be interested in making celebrated artistic and intellectual material perform isolated gestures in public space – exposing them to embodied interactions and interpretations. The work approximates sculptural aesthetics in this tentative or emergent materiality.

The conceptual agenda generally feels pertinent to a foregrounded Romantic sensibility, with an emphasis on authenticity, the endeavours of reason and the existential situation of the subject. This is so with French Surrealist writer, René Daumal, whose unfinished 1952 novel features a summit joining reason with an incommensurable sublime. The duo’s feature-length film, Mount Analogue Revisited (2010), condenses Daumal’s alternately penetrating and knowingly obtuse philosophical text – while also drawing on the work of other writers – into a more sober film in which a polymath, an author and a linguist grandiloquently explain who they are and why they have come to Mount Analogue, in response to questions apparently posed in an immigration reception centre.

Thoughtful play with reference and space permeates the entire exhibition. One enters by turning a door handle designed by Walter Gropius, German architect and founder of the Bauhaus. Via this device (distributed inside and outside), viewers engage In Dialogue With the Past (2019). The penultimate room bears the brass plaque, Temenos (2019) – a Greek term meaning ‘spiritually dedicated land’ and a Jungian postulate of a therapeutic mental haven. Here also, a table-top installation, Morning star/evening star (2019), tracks the movement of Venus, famously denoted by both terms in this work’s title, with a monitor displaying binary code and a pencil-wielding machine, putatively in the early stages of a rose pattern.

In the first room, a host of disk-like forms awaits the viewer. In Waiting (oak tree) (2015) is an arresting stainless-steel grille – the sort usually encountered on urban pavements or town squares protecting trees – which alludes to the potential presence of an absent tree. It occupies the same space as a large circular black mirror, in which a cold white neon reflection appears. The titular phrase, the presence before him was a presence, is taken from a short story by American writer, Henry James, but it is rendered backwards, adorning the upper portion of the opposing wall. This tautological neon succinctly evokes the logic which underlies the language we use to conceive, reference and articulate ideas, as well as material presences – the nature and meaning of which confounds us, despite fluency in culture and learning. Such sombreness and anxiety in respect of language, and the apprehension and conceptualisation of proximate entities, is encountered elsewhere in the exhibition. Dusk (2019) extends a black and a white string from floor to ceiling, between parallel nickel and brass fasteners. I found its binary reverse tendencies bruisingly poetic.

In the second space, elided, chunky aluminium letters declare: “I say: a fl w r! And … there arises musically, as the very idea and delicate, the one absent from every bouquet”. This line – taken from an essay by French Symbolist Mallarmé – adorns a wall with ethereal awkwardness. Widow’s Pane, or Bachelors, Even, after Marcel Duchamp, after Charles Baudelaire (2015) is a poplar wood model of a window which sits squatly on the floor. Pastel-blue with eight dark panes in hinged doors, it evokes reverie while summoning conflicting historical influences: two poems by Baudelaire, celebrating subjective interpretation (one of which, Windows (1869), is displayed nearby); and Duchamp’s artist-decentring glass construction, The Bride Stripped Bare by her Bachelors, Even (1923).

The range of works is punctuated by white, powder-coated aluminium shapes, roughly the size of A4 pages and nearly an inch deep. This ‘In-between Letters’ series (2013) presents the cognitive dross of prepositions and a pronoun – ‘it’. These jigsaw-like forms are jarringly ghostly, hovering at head-height, protruding slightly from the walls and glowing softly with the spotlighting overhead. In the esoteric environment of ‘Nowhere Without N(ow)’, their illegibility draws attention to the matter of how the exhibition and its themes relate to publics. The work’s sensitive coaxing of ideas into aesthetic, interactive materiality serves to configure a drama of (mis)apprehension; of aesthetic and moral urges, and mental intentionality. While this should be generally relatable to viewers, the artistic or curatorial emphasis on illustrious personages as protagonists is intriguing. While an argument for their relative audacity appears implicit, it can feel side-lined, quaint or eccentric.