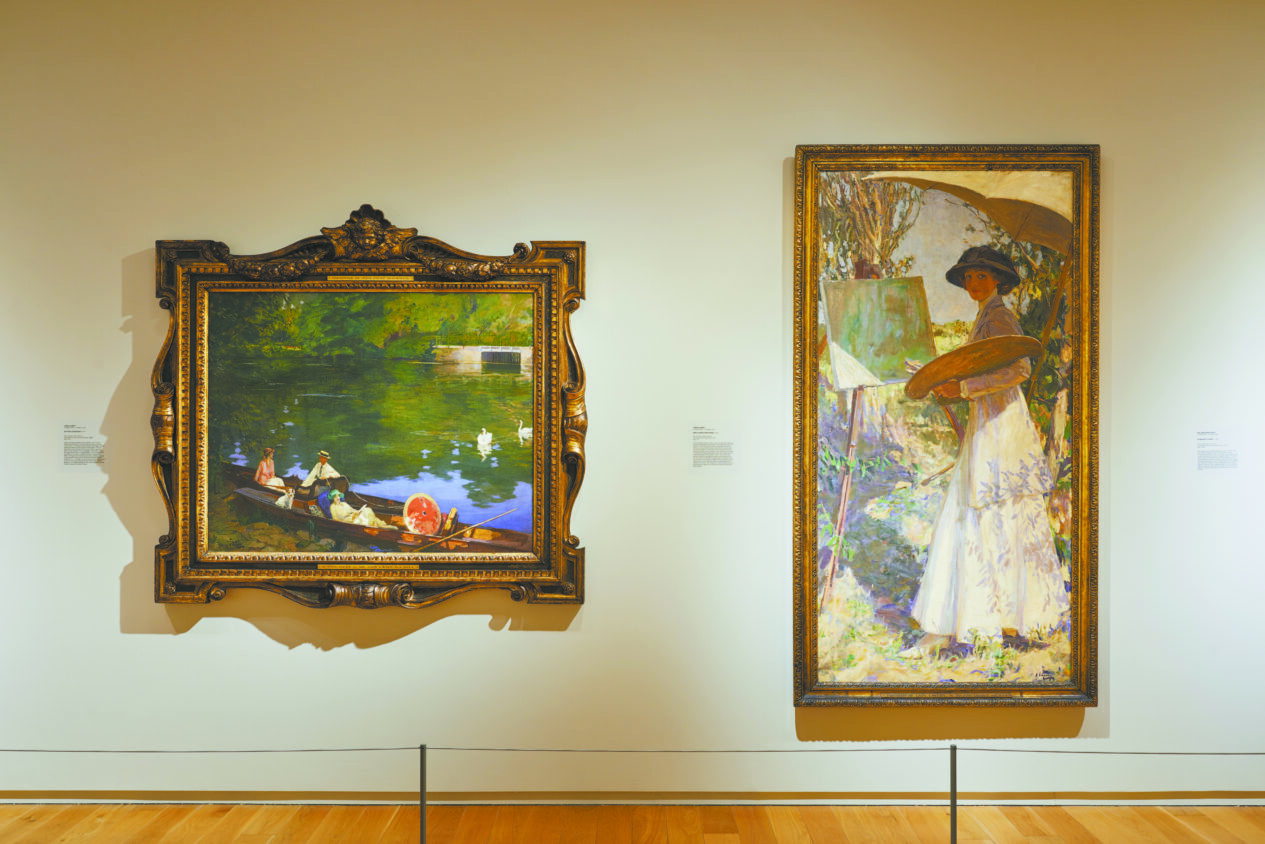 SARI: Subject. Aspect. Restrictions. Instructions. This useful acronym, which I recommend students to use when analysing an essay title or exam question, came to mind when reflecting on the exhibition currently on display in the Hugh Lane, the title of which is ‘Artistic Migration: Frank O’Meara and Irish Artists Abroad’. [1]

Applying the first part of this analysis (S and A) to the title of the exhibition, we find that the subject – what it is about – is ‘Artistic Migration’, and the aspect – the narrower theme, the particulars of what it is about – is ‘Frank O’Meara and Irish Artists Abroad’. If this were the title of an essay, I would expect initially to be provided with a definition and discussion of artistic migration in which the following questions might be explored. What is meant by migration? Does it imply living abroad, or merely travelling overseas for extended periods? Does artistic migration mean the movement of artists in one direction only, or is there also a suggestion of exchange?

Another question emerges from the juxtaposition of Frank O’Meara and other Irish artists. Why is O’Meara singled out? What particular contribution has he to make to the concept of artistic migration? Who are the other Irish artists? What do they have in common that O’Meara perhaps doesn’t share?

As this analysis demonstrates, the title of an exhibition is replete with suggestion of what the visitor can expect to see, experience and learn. There is a promise being made, which must be met if it is to be considered successful. This is particularly the case where the works on show are not for sale (which could be considered a criterion for success) and have already been entered into the canon of minor masterpieces, as here in the Hugh Lane.

‘Artistic Migration: Frank O’Meara and Irish Artists Abroad’ occupies two rooms, one devoted to O’Meara (alongside a work by William Stott of Oldham) and the other to, well, other artists. O’Meara’s work consists of one drawing and five paintings, including a self-portrait. O’Meara died at the age of 35 and the six pieces here constitute a major part of his oeuvre. Indeed, the gallery states that this is the “largest number of [his] works in a public collection”.

The paucity of available works means that the coherence of this room lies not so much in subject matter or technique, but in the artist’s life, with a certain poignancy in the fact that his fiancée, Belle, features as a model in some pieces. There are two thematically connected works, Study of an Old Woman and October. The former is clearly a preliminary version of the latter, which makes it puzzling that they are not presented side by side.

Even with a very limited body of work, O’Meara’s draughtsmanship is evident, and he shows great command in his depiction of movement: the leaves in Toward Night and Winter, the smoke in October, the veil in The Widow. The pale tones of his palette create a sense of melancholy, an intimation of decline and decay.

Moving on to the second room, the mood is brighter and lighter. Unlike O’Meara’s works, which have a figure at their centre, the focus here is the environment rather than episode. The locations of these plein air paintings range from seascapes and landscapes to urban settings, such as Roderic O’Conor’s Boulevard Raspail and John Lavery’s Sutton Courtenay. The palettes of the collective works include the light greens of William Leech and bright reds of Mary Swanzy.

However, the viewer is confronted with another conundrum: what is meant by Irish artist? Given that all the artists displayed were born in the nineteenth century, the conclusion has to be someone born on the island of Ireland. Yet this is not true for Philip Wilson Steer, Moffat Peter Lindner and George Clausen, all of whom were born in England.

An obvious connection between the artists, both Irish and English, is, as the overview states, that they were “influenced by innovative new developments in en plein air painting on the Continent [and] travelled abroad to develop their art practice”. But the time span of the exhibition makes it difficult to refine this further. Of the 12 artists represented, the oldest, chronologically, is Peter Moffat Lindner, born in 1852, and the youngest Mary Swanzy, born in 1882. This gap of 30 years is considerable and begs the question: what does the exhibition demonstrate with regard to general artistic development and personal evolution of the individual artists over such a long period?

An overview text and wall labels support the exhibition, but these generally lack coherence. The viewer may well find the individual works of interest, but they will struggle to understand quite why they have been brought together. To return to the essay analogy, it is clear that a lot of research has gone into this exhibition, but the organisation doesn’t sufficiently fulfil the promise of its title. At present, ‘Artistic Migration: Frank O’Meara and Irish Artists Abroad’ presents the viewer with more of a first draft than a final submission.