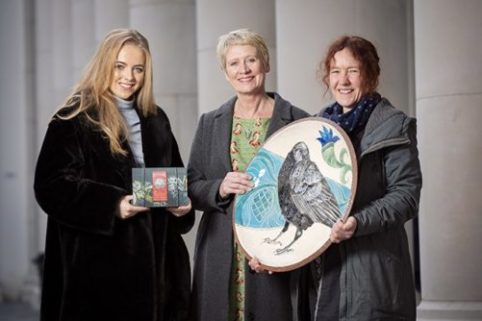 Northern Ireland artists will be showcasing their talents in India this year as part of a number of international opportunities developed by the Arts Council of Northern Ireland to raise the profile of local artists abroad.

Visual artists Eleanor Wheeler and Kathryn Graham have been selected to undertake working residencies at the prestigious Sanskritti Cultural Centre and Ramgarh Shekawati, India, to immerse themselves in the artistic community and develop new work.

While later this month, poet Stephen Sexton and director and Executive Producer of the Lyric Theatre Jimmy Fay, will represent Northern Ireland at the Jaipur Literature Festival, the world’s biggest book festival.

The links developed by the Arts Council of Northern Ireland in partnership with the British Council with key cultural institutions in India provide a valuable platform to promote the culture and creativity of Northern Ireland to international audiences.