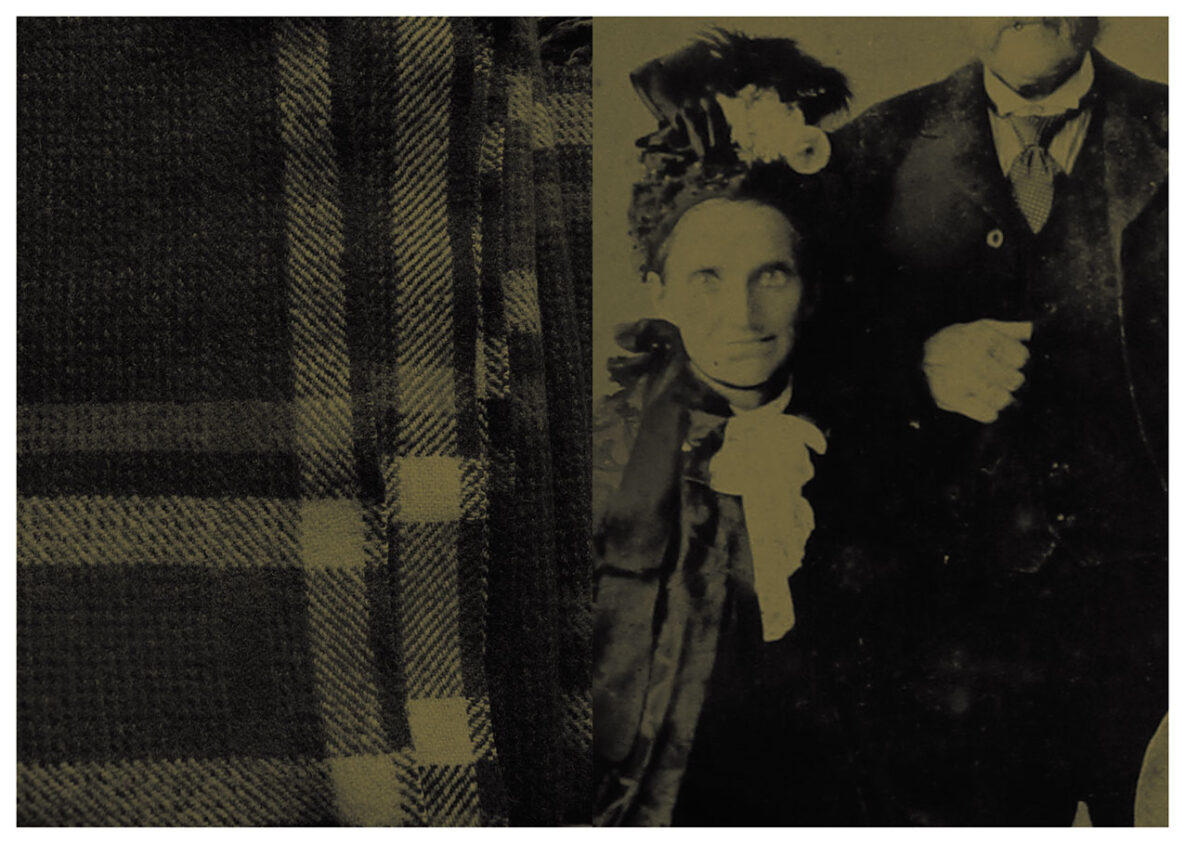 Eimear Walshe was awarded The Margaret Cousins Commission by Roscommon County Council, funded through Creative Ireland, to “celebrate and commemorate our extraordinary citizens through exceptional and unexpected visual art projects”1. Margaret (‘Gretta’) Cousins (1878 – 1954), theosophist, nationalist and suffragist, was born in Boyle, County Roscommon. Eimear’s commission resulted in a radio play, I Know Why Women Cry at Weddings, and a supporting publication, Gretta. The publication was launched, along with a live immersive performance of the radio play, in the historic King House, Boyle, in August 2019. The publication will be available at the Dublin Art Book Fair at Temple Bar Gallery + Studios (21 November – 1 December).

Lily Cahill: You are a cross disciplinary artist working in sculpture, publishing, performances and lectures. When might it be best to sculpt and when might it be more suitable to talk? What kind of projects might dictate a certain kind of response?

Eimear Walshe: I have different relationships with all of these materials, and I am probably trying to never give any of those relationships a primary status or romanticise them. Speaking can be enjoyable, frightening, alienating, persuasive, politicising. Sculpting is generally expensive but extremely satisfying to watch people interact with. Publishing, especially online, is disorientating and exhilarating because you don’t know whether you’ll make some profound unexpected connection, or get doxxed. The kind of encounter you produce is the result of an estimation based on what your current priorities are, what resources are available, where the work is going, and what kind of exposure you can make or take at a given point in time. Getting to learn something along the way is always a significant priority.

So, for this commission with Roscommon Arts Centre, curated by Linda Shevlin, working through radio and publishing made sense because of the kinds of local distribution and intimate encounter they allow for. Myself and Margaret Cousins are/were big ‘talkers’. And radio is kind of phantasmic. It felt like the right way to write and present a dialogue between myself and a historic person who has since passed away, and allow others to listen in.

LC: How important is collaboration in the generative aspects of your work?

EW: To give you a sense of its role in this project, firstly my grandmother Maisie Gately wrote a text about the intricacies of arranged marriage in Roscommon pre-1950, and Dyuti Chakravarty – who is working on a PhD regarding feminist mobilisation in India and Ireland – wrote a more academic study of Margaret Cousin’s sexual politics. These were both hugely inspirational for my written contribution to the project, a radio play which creates a dialogue by citing from Margaret Cousin’s own writing, where her aspirations are being tested against the present moment.

Then within the radio play, I worked with three other performers – Holly Moore, Phoebe Moore and Ailbhe Wakefield Drohan – respectively acting as Margaret Cousins, my interjecting grandmother, and the narrator. I was also very glad to get to work with the sound designer Christopher Steenson for the live and radio versions of the play, the graphic designer Paul Guinan, who designed the publication, and Sinead Kennedy, who played a live score on the fiddle for the performance in King House. So safe to say, the project wouldn’t exist at all without all these brilliant collaborators.

LC: What led you to focus on marriage in the play, via the representation of Gretta’s archival thoughts on the matter, and your own – that “marriage ought to be outlawed rather than incentivised. If you really must be married, you should be willing to go to prison for it!”2?

EW: Well the social, economic, labour, emotional, sexual and domestic politics of marriage pull up a lot of problems for me for sure. But I suppose I’ve treated the ‘Myself’ character in the play the same way as I’ve treated Margaret’s character, citing both of our own most emphatic politics accurately, but strategically, to create moments of dissonance and accord. She’s clearly got more wisdom and experience, but I’ve got the benefit of hindsight, and the even greater advantage of still being alive. So it felt important to make a kind of fool of Myself, by asserting that marriage and prison are alike – a fairly bold claim in context, considering I’ve experienced neither and Margaret had been through both (Margaret was imprisoned in Ireland, the UK and India for her suffragist and nationalist activism).

Anyway, the suggestion in the play text about the criminalisation of marriage is mainly a polemical proposition and a paradox. If marriage and prisons are alike, and by implication should both be abolished, imprisonment then wouldn’t be available as a viable deterrent to marriage. Introducing this kind of boneheaded logic signals a point in the play where the sparring gets messy and disjointed; her dialogue becomes more sentimental, whilst Myself gets more zealous.

LC: You were a Research Fellow at the Van Abbemuseum, Eindhoven, on the Deviant Practices Research Programme. Was Margaret Cousins a deviant? What drew you to her?

EW: In 2017 and 2018 I ran public workshops in the museum. In the first case, the ‘deviance’ in question was queer and feminist separatisms in the arrangement (or self-organisation) of society and of knowledge. I had a critical-but-sympathetic attitude to this kind of deviance. Then in the more recent iteration, The Department of Sexual Revolution Studies, we looked at popular types of ‘deviant’ sexuality, such as cuckolding, dogging, or hook-ups, that are fuelled or fed by more complicated libidinal economies. The media we looked at and our role-play games kept highlighting this idea – deviance isn’t a morally stable category. There are so many sets of orthodoxies which, at every step, you’re aligning yourself with or distinguishing yourself from.

So Margaret Cousins was deviant in a load of ways, and in other ways was very much a woman of her time and class background. For example, her sexual abstinence in marriage was strongly motivated by the will to preserve her personal freedom and resist reproductive imperatives. At the same time, her arrival at this position seemed grounded in a judgement of others, in her duography with her husband she writes: “I found myself looking on men and women as degraded by this demand of nature”.3 I’m not sure it’s for me to say where that definitively falls. Especially since what exactly this ‘demand of nature’ even constituted was materially different then, I imagine.

Eimear Walshe is an artist from Longford.