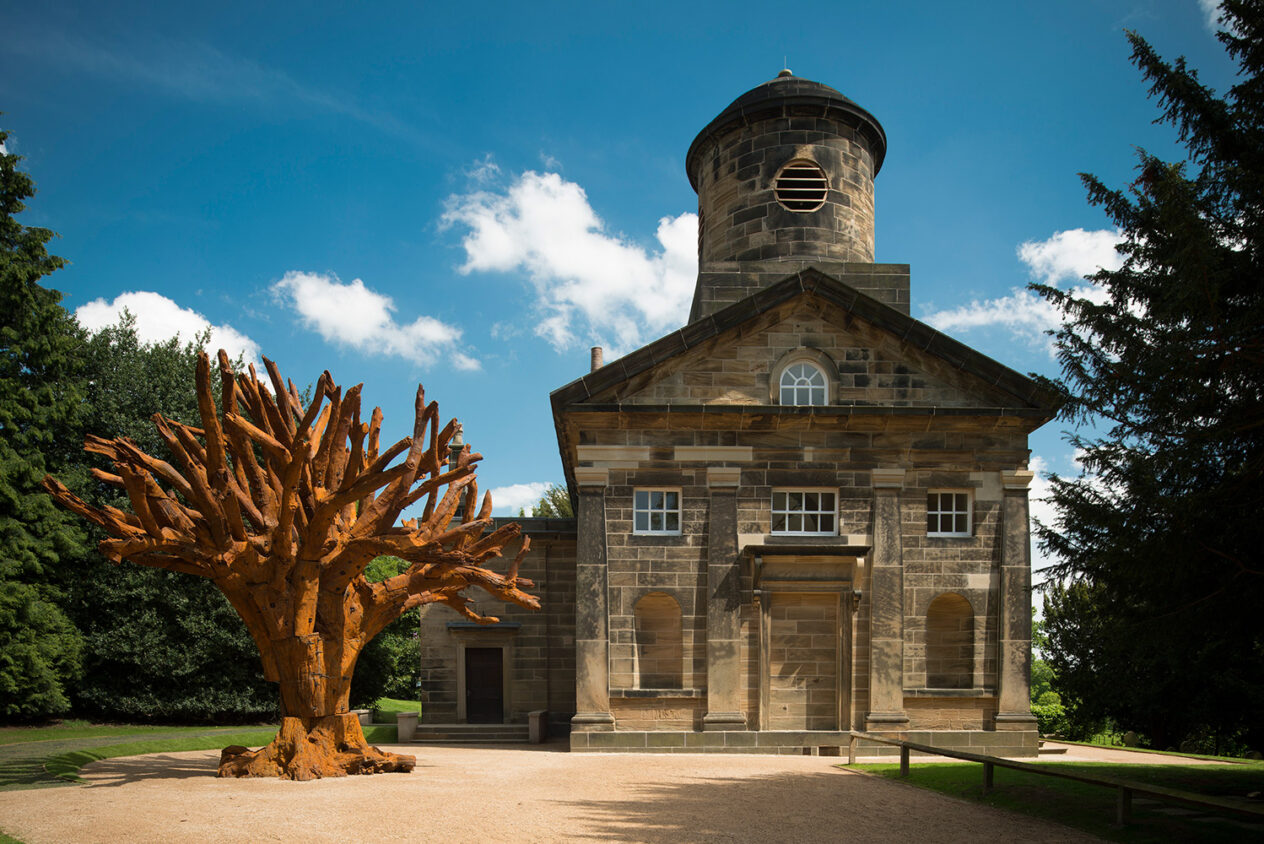 Founded in 1977 as a temporary exhibition of sculpture in the grounds of Bretton Hall College, Yorkshire Sculpture Park (YSP) has evolved to become an internationally respected centre for the creation, display and appreciation of sculpture, with local relevance and impact.

We curate a rolling programme of exhibitions, displays, commissions, live art, performances and events across 500 acres of historic landscape, five indoor galleries and an eighteenth-century chapel, integrated with learning, public and outreach activities. A recent independent economic assessment established that we contribute £11.5m to the regional economy each year, through employing 180 staff, tourism to the area and trade with suppliers. YSP is a charity and receives public funds from Arts Council of England and Wakefield Council. It welcomes nearly half a million visitors each year and engages over 40,000 people in learning programmes.

The land we manage was described as ‘wasteland’ in the Domesday Book. Yorkshire was part of William the Conqueror’s ‘Harrying of the North’ (1069 – 70), an extremely forceful subjugation of an uprising that left much of the north uninhabitable for years. The land now known as the Bretton Estate, home to YSP, was given to one of the King’s faithful knights and the estate grew in size and significance until its heyday between the mid-eighteenth and nineteenth centuries. It then entered a decline that culminated with it being seconded for signal training during the Second World War and afterwards was sold by the Beaumont family to Wakefield Council. At that time, the West Riding (as West Yorkshire had been known since Viking times) benefited from a progressive Head of Education – Alec Clegg. He founded an Art Teacher Training College in the mansion house in 1949, inspired in part by a book by the Yorkshire-born art critic, poet and only known knighted anarchist, Herbert Read. Written in 1943, in the middle of the war, Education Through Art advocated that every child’s potential was realised through a creative approach to education, leading to a highly fulfilled and functioning society. The belief that nurturing people’s creativity leads to problem solving, innovation and evolution is still at the heart of YSP’s ideology.

A lecturer at the college, Peter Murray, proposed siting an exhibition of sculpture in the grounds to open the beautiful landscape up for the benefit of all, not just an aristocratic elite; to mark the birthplace of Henry Moore and Barbara Hepworth and to bring the best of international practice to regional audiences. Peter, who continues as YSP’s Executive Director, will say himself that there was little appetite for contemporary art in the industrial communities of northern England. It is testament to his vision and that of his colleagues over the years that we are now not just a popular tourist destination but an important part of people’s lives.

The artistic programme is developed through research, visits to art festivals, galleries and artist’s studios. We loosely consider it to comprise three main themes: the past, present and future of sculpture; the wellbeing of people and the planet; and creativity as central to humanity – which is articulated through art historical exhibitions, working with contemporary artists but also residencies for young and emerging artists. Over 80 artworks in the open air trace the history of sculpture from Moore and Hepworth, to the New Generation of Anthony Caro and Philip King, to the Land Art movement represented by Andy Goldsworthy and James Turrell, and through to contemporary practice. We invite visitors to consider what sculpture was, is and could be.

The final theme questions the role of art and its institutions in the world and enables partnership work between artists, researchers, publics and policymakers to capitalise on creative thinking and doing to help solve problems in the world and bring together people who might otherwise never meet. Although we frame this as the ‘future museum’, it actually acknowledges that the making and appreciating of objects is something that our ancestors have done for thousands, if not millions, of years. It celebrates and nurtures our human inclination to innovate and problem solve, offering hope for the future in a world that sometimes seems bent on its own destruction.