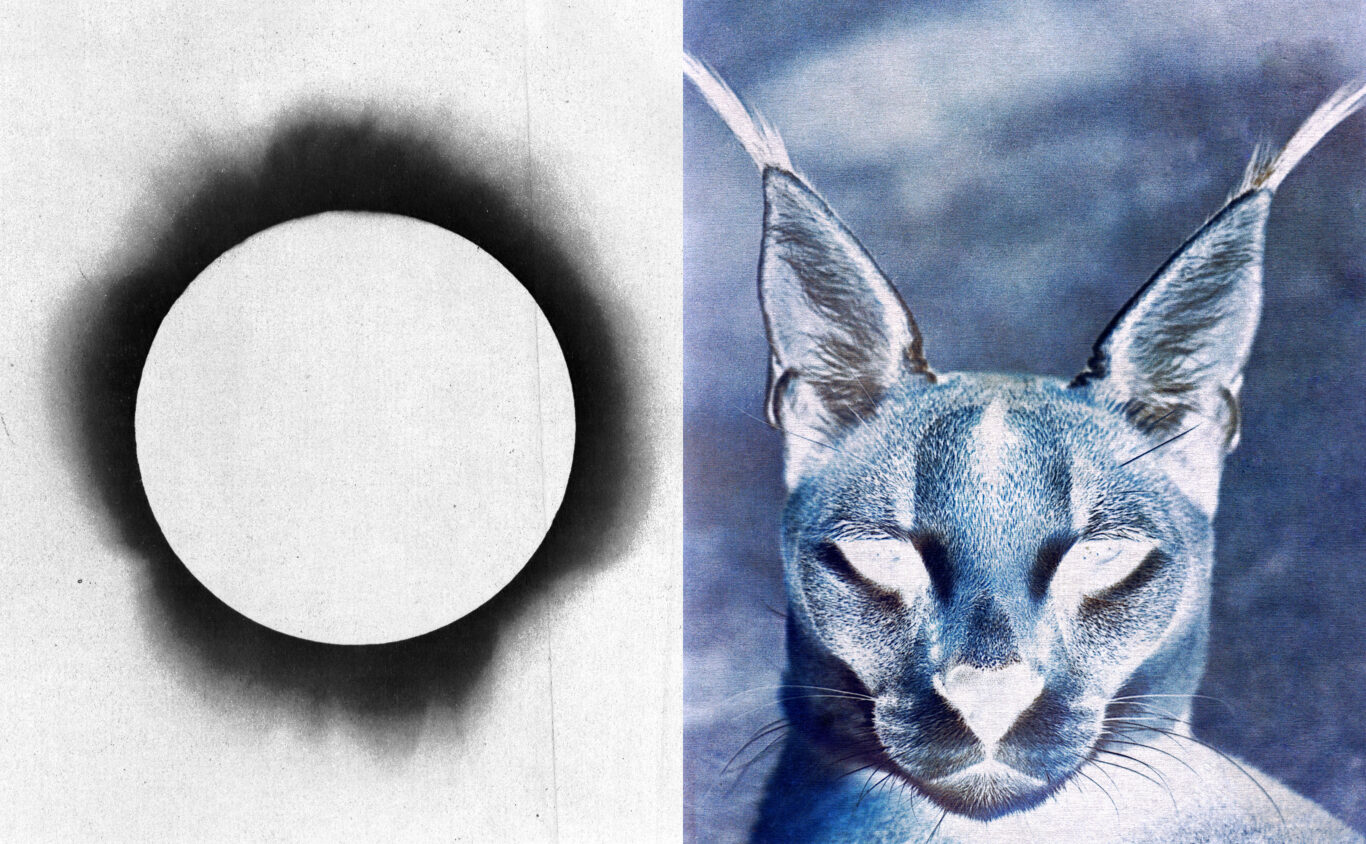 Pádraig Spillane’s exhibition of new work, ‘What Passes Between Us’, is presented across two galleries at Sirius Arts Centre. Four upright, mild-steel, modular frames, approximately adult height, stand in the centre of the floor in each space. A single sheet of clear PVC is cast across the top of one of the frames, while several wall-mounted digital prints complete the presentation. Two specially-commissioned electronic and vocal sound pieces – composed by Simon O’Connor and sung by Michelle O’Rourke – are transmitted into the galleries from speakers situated on the floor.

The minimalist presentation suits these light-filled spaces. In the centre gallery, four wall prints depict intense close-ups of the human palm, with the thumb and wrist areas merging. Titles for these digital collages, including Palm Animator (2017) and Palm Merging (2017), seem appropriate. The images are mirrored and repeated across a brown background, conjuring various grid formations. The overall impression is that these compositions are highly controlled and provocatively sensual, whilst also feeling slightly strange. There is a hint of something less than comfortable afoot, involving some sort of modification or restaging of bodily elements.

The display in the west gallery brings these concerns to the fore. While the upright modular frames are duplicated from the last space, they are more dispersed in this room, with the PVC sheeting disturbed. Furthermore, two of the four wall prints here are more directly provocative. The digital collage, Eyes Future Tense (2017), depicts a close-up of a pair of white staring eyes, while From Altered Light (2017) comprises an image of a solar eclipse paired with a portrait of a lynx, whose white eyes also beam outwards towards the viewer, as if caught in headlights. This provocative effect is accentuated by inverting the purple-blue and white colours of the images from positive to negative. There is a science fiction feel to these assemblages. The mysterious nature of the empty metal forms seems to evidence something agitated and recently departed from the scene; something missing. It is reasonable to ask why natural elements are depicted in this manner, in the midst of an otherwise open and enlightened presentation.

The sound pieces that accompanying Spillane’s visual works may provide clues. In Look, Stranger I and II, Michelle O’Rourke’s voice is layered electronically to generate nostalgic feelings. They evoke the gallery’s maritime setting, but also seem slightly eerie and unsettling. In searching for something more complete, the voice is made to work hard but never sounds entirely satisfied. Perhaps it is this audio element that forces viewers to look outside the space for further clues about the artist’s concerns.

Both galleries at Sirius Arts Centre look out onto the expansive lower Cork Harbour. The slag residue of the former Irish Steel works can be seen on the opposite shore, with sleek and modern pharmaceutical facilities visible further afield. Spillane grew up in the Cork locality and he brings his personal experiences of the harbour’s industrial legacy to bear in this exhibition. Spillane uses the gallery’s location as an opportunity to pose pertinent questions about technology and its impact on the body.

While we might consider the presence of global pharmaceutical companies in Cork Harbour to be a signifier of scientific advancement, Spillane seems to suggest that these progressive processes may in fact pose a threat to human experience. In extensively modifying the body, these companies aim to improve our lives, whilst also simultaneously undermining the integrity of the human condition. Though not quite on the level of the ‘Anthropocene’, Spillane sees this evolving nature of the body, increasingly influenced by products and medical devices made in these factories, as raising questions about how we think of ourselves and what we are becoming. Notwithstanding the benefits that such products bring, Spillane also sees a parallel advancing state of artificiality and a loss of bodily integrity, not unrelated to the controlling narratives of these commercial and scientific interests. In discussing his work, Spillane referred to the #ACCELERATE MANIFESTO, which recognises the enslavement of technoscience to capitalist objectives and encourages an acceleration of capitalist processes, in order to ultimately bring about their failure.1

Spillane’s site-responsive interventions serve to focus our minds on this subject. While paying homage to the tropes of minimalism, he uses repetitive and clinical staging devices to point towards a less certain, post-human scenario of bodily modification, genetic mutation, even cloning. It may also be pertinent to mention the curatorial pairing with Dara McGrath’s photographic series ‘Project Cleansweep’ in the adjoining east gallery. It strikes me that there are numerous links that can be made between Spillane’s bodily inquires and the physical legacy of post-military and industrial contamination documented by McGrath.

Colm Desmond is an artist based in Dublin.