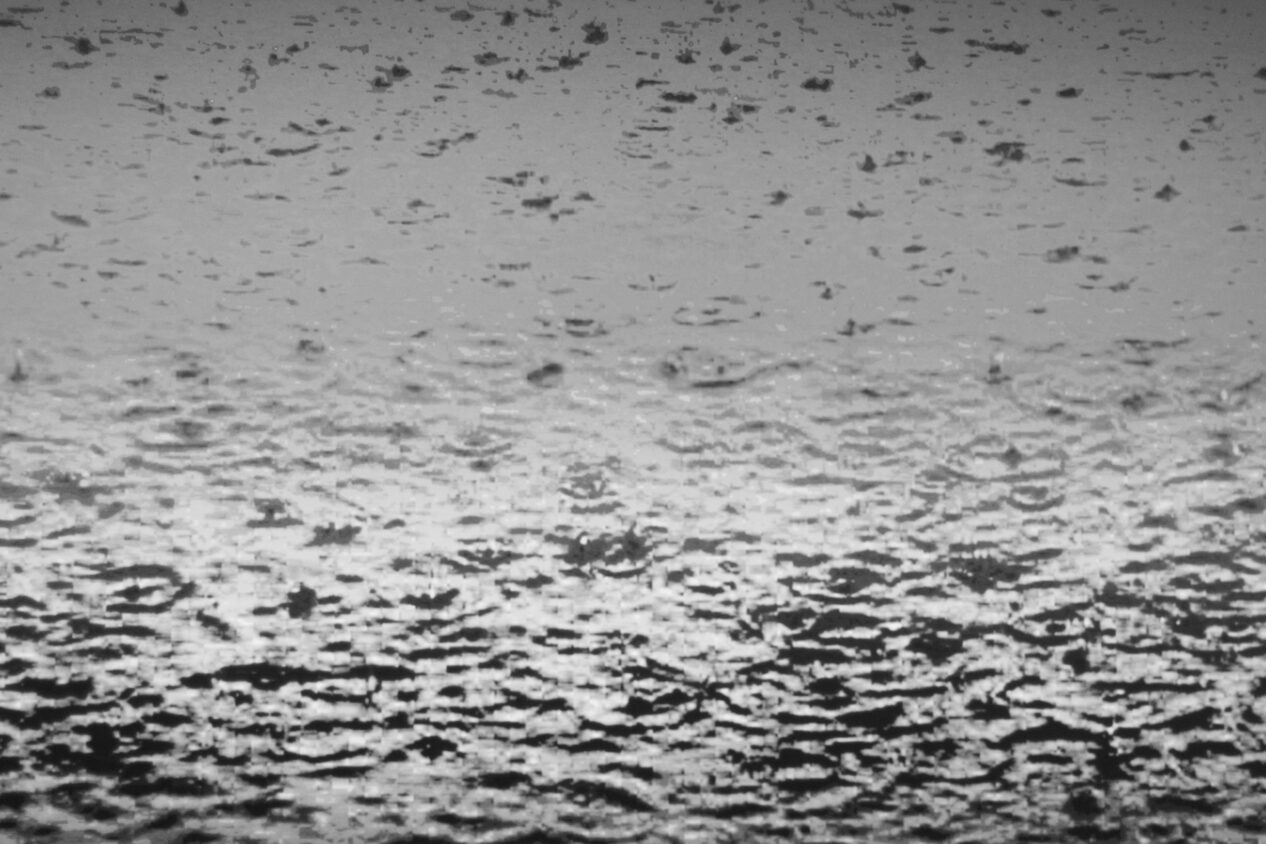 On show at Solstice Arts Centre are three solo exhibitions by different artists, each with their own title and separate room. Free from a fixed or unifying theme, the exhibitions are loosely bound by a general sense of abstraction within the artists’ creative processes, along with some allusion to local history, heritage or landscape.

Upon entering the first space, David Quinn’s works appear minimalistic, with a series of nine intimately-sized pieces in muted colours. The strength in Quinn’s works emerges when we draw closer and discover the detail present. The works are built up of layers that variously comprise gesso, oil and paper, as well as off-cuts of plywood and perspex. The humble line takes centre stage, as Quinn records its journey across the surfaces, using an oil pencil or cutting tool. In Made, the incision in the perspex gradually deepens as the line moves left, until it flows seamlessly into a cut made in the plywood background layer. In the accompanying literature, we read that Quinn uses a ruler, yet the lines are at times imperfect, highlighting the impact of the artist’s hand or an uneven surface on even the most controlled of processes. The works jut out from the wall like raw sculptural extensions of the building’s structure, celebrating the inherent potential in the materials, uncovered by the artist’s touch. Moving through to the next gallery space, we encounter Seán Molloy’s playful, yet finely executed, landscape paintings. While hinting at features within the local Meath landscape, these capriccio-inspired works delve into fantasy, rather than being strictly representational. They draw from many sources including some of art history’s finest Dutch ‘Golden Age’ landscapes, architectural archives, as well as figures and topographical elements belonging to different times and places. All but one work is scattered with hyper-pigmented shapes and lines. These compositions reference certain features of modern digital image-making, including early video games and the pixilation occurring in low-resolution images. In Landscape with horseman II, we feel as if a flawless interface is beginning to crumble before our eyes, breaking the illusion of a view out onto a pastoral scene. Molloy’s paintings urge us to delve deeper than our first impressions to consider the many layers and components that make up an image. By overlaying historical imagery with contemporary features, Molloy evokes the evolution of image-making and how image manipulation has existed throughout the ages.

As we step into the third and final space, we are enveloped by the sound of water and wind. Cliona Harmey presents two archival audiovisual installations that explore the possibilities when nature and technology collide. In Seapoint 1.1, we are invited to click on diary dates, presented on a screen, to view footage and hear the sounds of the sea on particular dates. Inspired by early communication technologies, Harmey transforms facts and figures into an accessible and engaging artwork. This project was originally created in 2002 in collaboration with artist Dennis McNulty. Each day, the sea’s condition was recorded from the same point and then classified by Harmey using a poetic adaptation of the Beaufort wind force scale. Originally devised in 1805 by Navan man Rear Admiral Sir Francis Beaufort, the scale measures and categorises wind speed by gauging its effect on the sea’s surface. Harmey processed the recordings and McNulty resampled the audio using numbers from the compiled data, before recombining the audio and visuals. The result is an exchange between nature, man and technology, which transports us from gallery space to Dublin’s seashore.

Conceptually simpler than Seapoint 1.1, the video installation, Rain, also broadens our reading of a mundane natural occurrence as we view close-ups of raindrops drumming the surface of a body of water on a large screen. Hearing the audio through earphones allows us to immerse ourselves fully in the hypnotic imagery and sound. A point of interest is that the technologies originally used to make and store both of these projects are now almost obsolete, so the data needed to be reprocessed to work with the current exhibition display equipment. The projects create a sense of continuity between outmoded communication methods, while using up-to-date technologies that, no doubt, will also be relegated to history in the near future.

Sabina MacMahon, curator-in-residence at Solstice Arts Centre, has selected three extremely different artists and, by only linking them very loosely, has allowed common themes to naturally emerge. The overall sense gained from the three exhibitions is the need to reconsider how we view and interpret what lies before us. Through general processes of construction, reduction, disassembling and reassembling, the artists have each altered the ways in which seemingly familiar materials, images or elements in the natural world are perceived. They encourage us to consider the many layers in our daily reality, be it tangible physical layers, the subtle painterly or digital layers within everyday imagery, or the complex role played by technology in processing what we see. As such, we can enjoy the shows separately, based on their own merits, while also considering the myriad ways in which artists, and art practices, can explore similar ideas.

Roisin Russell is a photography studio manager and writer living in Dublin.