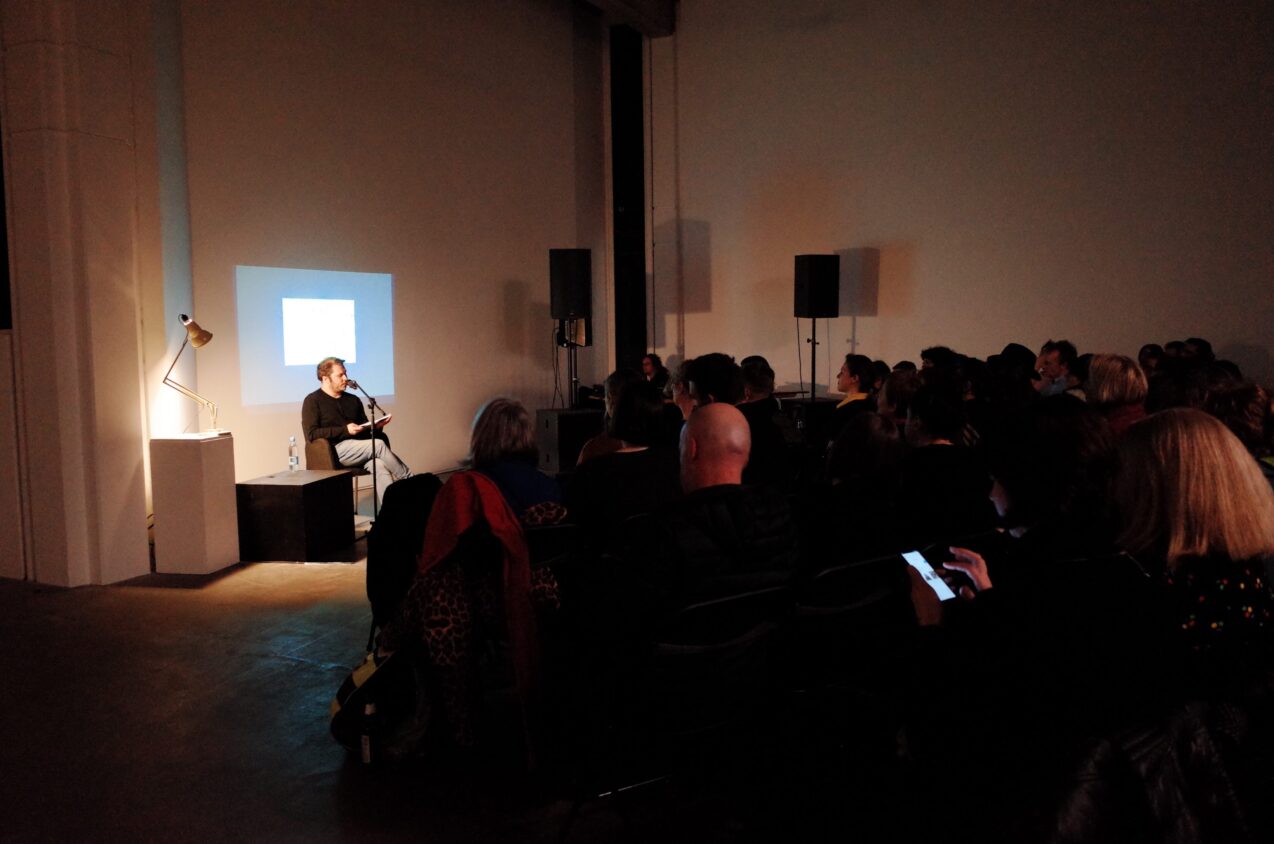 Response to a Request 1 was an online publication I started in July 2016, and which came to an end, for the most part, in June 2017. Over the course of its brief run, I somehow managed to convince the following people to write for it: Kathy Tynan, Kevin Breathnach, Niamh McCooey, Nathan O’Donnell, Lizzie Lloyd, Adrian Duncan, Joanna Walsh, Ian Maleney, Susan Connolly, Jonathan Mayhew, Darragh McCausland, Emma Dwyer, Sam Keogh, Sue Rainsford, Michael Naghten Shanks, Suzanne Walsh, Ingrid Lyons, Sabina McMahon, Eimear Walshe, Dennis McNulty, Fergus Feehily and Niamh O’Malley. However, as I prepared for the belated closing event that took place on the 2 of February at the Douglas Hyde Gallery – presenting three final responses from the artist Isabel Nolan, writer Mike McCormack and poet Stephen Sexton – I was faced with the task of articulating why I started Response to a Request at all. What, exactly, was its aim?

I’m not sure there really was any distinct aim with the project, but let’s assume that Response to a Request was set up to address a modest need or even a perceived lack within Irish art writing. Was it successful in this aim? One way of traditionally gauging success is, of course, through a growing or at least stable readership; and, more typically now, through a sustained and visible currency on social media. But the problem is that Response to a Request vanished just as quickly as it appeared. The website is dead and the texts are not available to read anymore. Granted, I knew this would be the case when I first conceived the idea, but this material dearth makes its assessment – as success, or indeed failure – much less clear-cut. On a personal level, there’s also something distinctly self-sabotaging about editing a publication that leaves little trace but whispers.

Thinking back, I realise now that Response to a Request was, rather unfashionably, the result of a dream. At the time, I was reading Roland Barthes’ Camera Lucida (1980), and there was a line in it that struck me: “why mightn’t there be, somehow, a new science for each object?”2 On waking, my somewhat reductive dreaming brain then converted this question into the idea of Response, which I hoped would create a space for new kinds of writing about art, with each edition responding to an individual image. Invariably, at this point I also returned to T. J. Clark’s seminal A Sight of Death: An Experiment in Art Writing (2006), in which Clark returns and returns again to two paintings by Nicholas Poussin: “Maybe,” he muses, “we deeply want to believe that images happen, essentially or sufficiently, all at once… Maybe the actual business of repeated gawping strikes us as embarrassing at least when set out in sentences”. These, then, were my main coordinates. Response to a Request would be simply a place for looking at, and thinking about, images.

Having a very clear idea of the website in my mind – a simple page split down the middle; image to one side, text to the other, with the image remaining visible at all times as you read – I put out a request for a website designer on Twitter in May 2016. With the help of Fallow Media’s Ian Maleney (who not only built the site, but later contributed a beautiful essay on Agnes Martin’s Friendship) it came together very quickly. Admittedly as much an economic as aesthetic decision, I decided at this point that Response to a Request would only run for a limited time, one year; that there would be no archive; and that, as a result, I would commission through invitation, rather than open call. Happily, from working in Ireland, looking at art and reading a lot of art writing, I had acquired a collection of likely unrequited ‘crushes’ – I borrow the usage from Brian Dillon’s 2017 book, Essayism3 – and now, it seemed, was the time to make the move. I drafted an odd blurb and sent invitations out, a lot of them to people I barely knew, hoping, again unfashionably, to get to know them better. To my surprise, the vast majority accepted the invitation, and the first response, from Kathy Tynan, went online in August 2016. Every two weeks, a new writer would then respond to an image of their choice; this included a painting by Peter Doig (Lizzie Lloyd), a photograph by Josef Koudelka (Suzanne Walsh), and another photo from the scene of Gianni Versace’s murder (Sam Keogh). Enfolded into the project, in contrast with most online reading, was the idea of urgency: once the text disappeared, it would not come back.

Given its somewhat feverish beginnings, I did not apply for arts council funding. It was also unlikely that I would be able to generate advertising revenue from a website that essentially deleted itself every fortnight. Both of these factors meant that Response to a Request was entirely self-funded, and, even more problematically, that I was unable to pay any of its contributors. I thought this was a dreadful concession to make, to be honest, and still do; but I justified this bad situation by giving each text a considerable amount of attention (likely too much, considering I was also writing a PhD at the time) – most went through at least three rounds of edits – and by doing my best to ensure that each would receive enough traction via social media, mail-outs, and so forth. This doesn’t completely allay the fact of their unpaid labour, not by a long shot, but at the same time I think this situation is preferable to writing something for peanuts only for it not to be edited at all. I do hope Response to a Request’s contributors agree.

Back to the question of its aim: I think, at its most basic, the idea behind Response was to foster a kind of community. And I mean this, first and foremost, in a very selfish way: being a fan of these artists and writers meant I wanted to engineer some means of working with them. Having a lot of faith in these people, I was pretty certain I wouldn’t be the only one who would be interested in reading what they wrote. Simply put, I think artists develop singular attachments to images, and I wanted these teased out and committed to paper so that I could read them; those that listened, rapt, to Isabel Nolan at the recent closing event, will surely share in this sense. While always looking to art, though, I was also coming across a lot of new Irish writers in journals like Gorse, Paper Visual Art Journal, The Dublin Review, Fallow Media, The Tangerine and elsewhere, and was excited by what they were doing too. I wanted to see how all of these artists and writers approached the task of writing about images; as a person who had only ever written about art, I also wanted to learn from them. And even though Response to a Request is now definitely concluded, my small hope is that it will be a catalyst for other collaborative projects in the future. If the closing event at the Douglas Hyde Gallery demonstrated anything, it is that there is an appetite for even more conversations between art and writing. There are just as many ways of writing about images as there are images. To borrow something of Sexton’s response from the closing event, indeed it seems entire worlds can spill out from them, “undamaged, undented, and whole”.4

Rebecca O’ Dwyer is an Irish art writer based in Berlin.

Notes:
1I was reading a lot by the Swiss author Robert Walser at the time, and so I borrowed the project’s title from one of his short stories.

Image credit:
Stephen Sexton speaking at the Response to a Request closing event in on 2 February in the Douglas Hyde Gallery, Dublin; image courtesy of Rebecca O’Dwyer