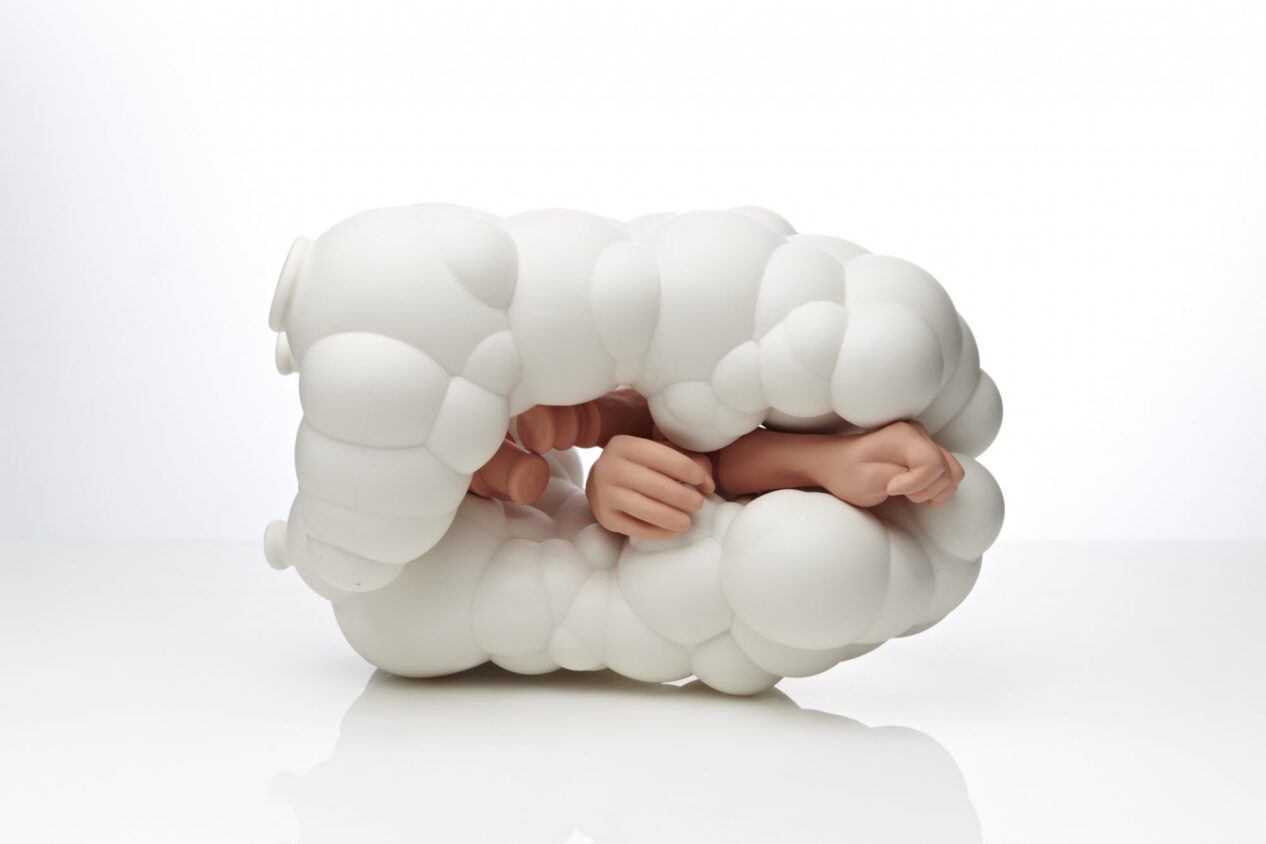 WITH NEWLY COMMISSIONED WORK FOR EVA INTERNATIONAL 2018 ON THE HORIZON, MATT PACKER SITS DOWN WITH JOHN RAINEY TO DISCUSS THE TRAJECTORY OF HIS SCULPTURAL PRACTICE.

Matt Packer: Can you describe how your background in the medium of ceramics continues to inform your work?

John Rainey: Production and imitation are aspects of the ceramic discipline that continue to be particularly important within my work. However, my curiosity about how things are made, and my compulsion to physically produce things, predates my training in ceramics. For me, processes and skills feel very enabling. I have a need to constantly examine and improve on this technical capacity, which is what drives me forward. My interest in materials has always been broad, but I see my experience in ceramics as a good anchoring point that I can deviate from and return to. In a similar way to how people describe the process of learning languages, I think that my understanding of this material allows me to easily adopt novel materials.

It’s very difficult to detach ceramics from the weight of its social, cultural and industrial histories. This richness of context results in a material language that people are generally very familiar with. I enjoy using the illusory potential of ceramics to destabilise this familiarity. Making the work appear as if it were another material, possibly marble, creates a sense of material confusion and uncertainty that I find useful. My work with 3D printing – either in creating final outcomes or as part of my ceramic process – has added to this play with material associations and expectations. MP: Yes, the experience of your work is often one of indeterminacy. Often it is difficult to tell whether we’re looking at an artificial material, or one that has a natural basis; a surface that has been handcrafted or digitally rendered. It’s a question of physicality that seems to extend from your process of production through to the encounter with the viewer. How much consideration do you give to viewers?

JR: The effect on viewers is something that I’m still coming to terms with. The more responses I get and the more I try to rationalise them, the more my consideration of the effect becomes informed. There’s a tendency for the work to provoke a feeling of disturbance, which, when taken to the extreme, can be experienced by some as disgust. I think this originates from my wider interests in the subversion of tradition, abjection and the uncanny (Freud’s “unheimlich” – the experience of strangeness in the familiar). However, for me, it’s important that viewers’ reactions tend more toward unease.

The indeterminacy you mention is intentional, maybe as a sort of conditioning function that sets the tone for the viewers’ encounters with the artwork. The experience of digital culture and communication is something that influences me. These territories are still relatively unchartered and full of grey areas, disambiguation and misrepresentation. I want a sense of this to communicate through my sculptures, so I pack the work’s form and content with conflicting themes – beauty and ugliness, attraction and repulsion, tradition and progression. While my treatment of materials aims to question the established beliefs about the material world, there is also a quality to the forms themselves that, while somewhat referential, are trying to resist classification.

MP: Across your sculptural practice, there are portrait busts composed with tiny hands; there’s what appears to be human hair coming from eyes. The character of the body in your work seems very fluid, not only in a technological sense, but in a figurative sense too, which adds to the uneasiness. How do you consider your relationship with ideas of the depicted body and the art historical traditions of figurative sculpture?

JR: I often focus on parts of the body that are not considered the ‘core’. These non-core parts – such as hair, eyes and hands – are some of the most expressive and have obvious links with identity and identification. Hands feature regularly in my work because they tend to be our main point of contact when interfacing with machines. They also interest me as parts of the body depicted in historical sculptures that often don’t survive the passage of time. Hair, in the art historical sculptural tradition, was typically short, shrouded or tied up. I’ve always assumed that this was because longer hair would be prone to damage, but generally hairstyles can be really indicative of a time and societal context.

The use of real hair and glass eyes in my work moves it away from the homogenisation of the body into a single material, indicative of art historical traditions. Edgar Degas’s Little Dancer Aged Fourteen (1881) is an important sculpture for me. In its first presentations, Degas had deviated too far from contemporary material tastes (using wax, real hair and fabric) and the artwork wasn’t well received. These materials are often more associated with the waxwork, the diorama, animatronics and folk art. For me, that deepens the tension between reality and artifice, in a way that has since been used by sculptors like Hans Bellmer, as well as Ed and Nancy Kienholz to express social anxieties.

MP: Your work is currently showing in the group exhibition, ‘Dissolving Histories’, at Golden Thread, Belfast (30 November 2017 – 20 January 2018) and you will also be producing new work for EVA 2018. Perhaps you could discuss your plans for this new work?

JR: I think the most obvious development in both of these presentations is the shift in scale and ambition, in terms of production. For ‘Dissolving Histories’, I created a new work called Variants, which features a series of sculptural variations of a common statuary form, elevated above eye level on a large wooden structure. The structure features a central stairway leading to a viewing platform, where the viewer becomes surrounded by the series of sculptures and can examine the variation between the forms in a more intimate proximity. The work challenges the aim of repetition that is central to the slip casting processes often used in my work, creating a series without sequence or formal hierarchies that values singularity and deviation from a constant. In thinking about the viewer’s experience of a group of sculptures, in some ways I feel I was influenced by Barbara Hepworth’s nine-part bronze series, The Family of Man (1970). However, where Hepworth’s interest was in the relationship between man and nature, Variants focuses on the relationship between man and manufacturing. For EVA 2018 I am producing an intervention on an architectural facade. The project refers to the eighteenth-century landscaping tradition of imitating Greek and Roman ruins within wealthy estates and country gardens. In this tradition, the ruin’s symbolism of a fallen world order was seen within the framework of the eighteenth-century aristocratic privilege. The ruin became a folly and a marker of taste, sophistication and the progression of civilisation. The project will explore these ideas and their contemporary status.

MP: Do you have any long-term plans for future work?

JR: I’m going to be spending the first six months of 2018 in Italy doing the Arts Council of Northern Ireland’s fellowship at the British School at Rome. I think, with the relevance of this setting to my current work, this period will be very influential on what follows. I already have a sense that recent developments in my work – like the use of silicone, rubber and steel – will become increasingly significant. Another developing focus in my larger presentations over the last number of years has been the design of the viewer’s encounter, where the treatment of the space and the use of bespoke exhibition furniture has led to an integration of the sculpture and its display. I see this approach escalating in future exhibitions. One of my favourite activities is developing solo presentations, because they allow me to create these encapsulated environments for interconnected works. I feel they’ve been the catalyst for several major advancements in my work to date, so I hope the next few years provide more opportunities of that nature.

John Rainey is a sculptor based in Belfast.