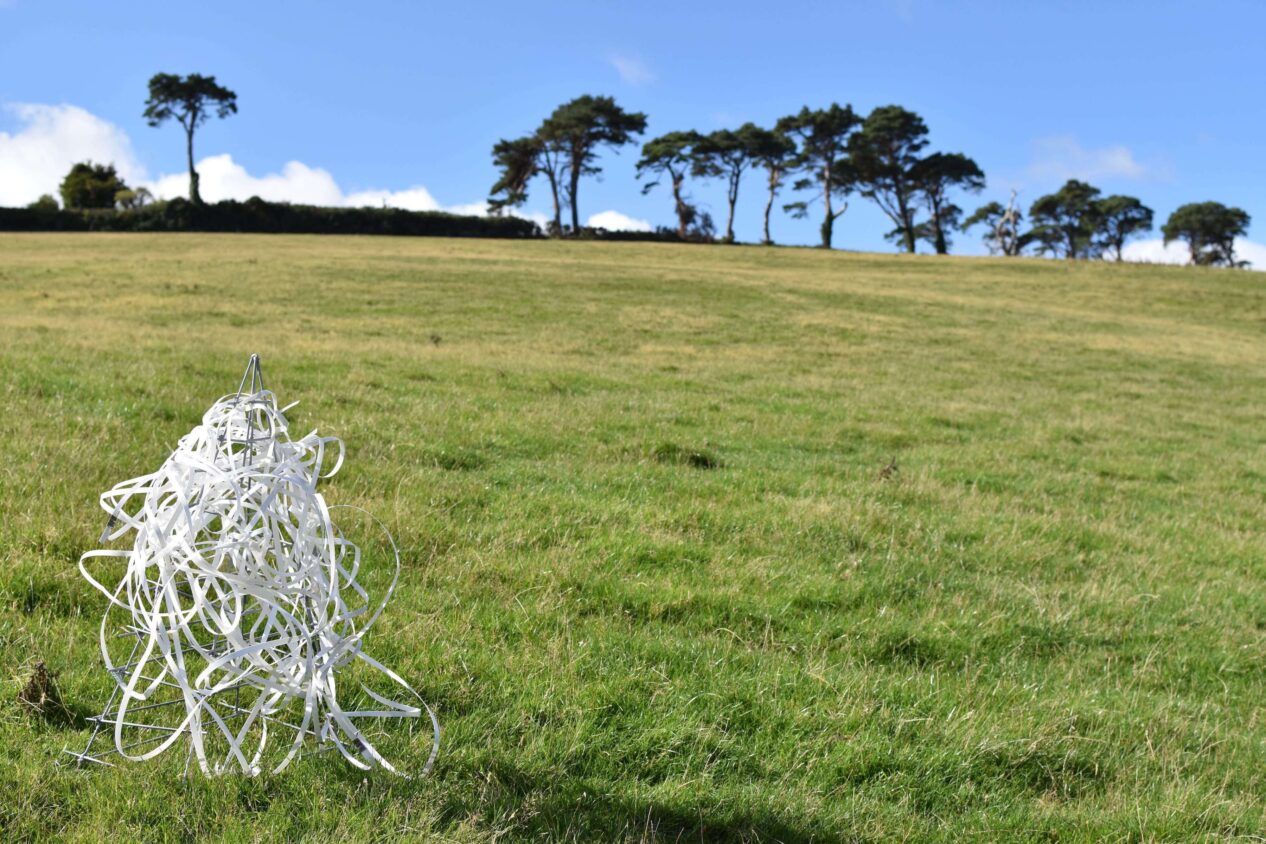 Drawing de-Centred is an artist collective and online platform for exploring contemporary drawing practice and research. In 2016, six professional Irish artists, whose practice is rooted in drawing, first met at a peer critique event, organised by Visual Artists Ireland and chaired by Arno Kramer. Kramer is a visual artist, curator and founder of Drawing Centre Diepenheim in The Netherlands, who champions contemporary drawing in all its diversity. One of the many outcomes of this serendipitous encounter was the establishment of a drawing-focused platform, titled ‘Drawing de-Centred’ (DdC). The title of the collective originated from the geographical diversity of the group, which extends to the north, south and west of Ireland.

The collective is brought together by a shared understanding of contemporary drawing, characterised by openness, embodiment and present-ness. We also have an interest in advocating drawing practice in Ireland. Our aim as a collective is to share knowledge and resources and to encourage a collaborative and public approach to drawing, with a particular focus on flexibility, liminality and impermanence. In practice, the group meet online via video conferencing technology and in person, whenever project decisions are made. DdC member Felicity Clear states that the collective “allows for testing and trying out, entering a collective space where the total responsibility for the work is somewhat relinquished and an open conversation can take place. It can be nimble, flexible, playful and economic.” Our diverse drawing practices range from traditional pencil on paper, to three-dimensional drawing in the expanded field, using neon lights or found, natural and manmade materials. The collective share a keen interest in encouraging critical thinking around drawing, questioning what drawing is, but also what drawing can be.

Our inaugural project, titled ‘Drawing as Interruption’, developed the idea of how drawing might act as a form of disruption. Individual artists responded to this proposition through site-specific drawings in rural, urban, public or private spaces. This methodology served as a testing ground for creating dialogue between drawings and in relation to site. Our initial iteration was curated by Kiera O’Toole and Felicity Clear and installed in O’Toole’s studio in The Model, Sligo. The second iteration was curated by Felicity Clear, Melissa O’Faherty and Mary-Ruth Walsh in the Independent Studios, Temple Bar, Dublin. This exhibition ran for one week in a temporarily vacant artist studio. For this iteration, some of the artists developed new work and installed these alongside existing works to form fresh configurations, allowing for new visual dialogues. DdC gathered momentum from the positive response we received from peers, the public and the many curators who visited this exhibition.

In keeping with the notion of ‘de-centering’, the collective’s third iteration, curated by Melissa, was installed on the grounds of a historical farm and buildings in County Wicklow. Melissa made new drawings and videos in response to the other artist’s work insitu. Melissa states: “I enjoy the notion of de-Centered, in that the work is non-reliant on gallery spaces. In this way, there can be more freedom over the placement of work which, in turn, can activate interesting outcomes”. Similarly, Kiera O’Toole’s practice and research engages in the phenomenology of site-specific drawing. Kiera states “I’m interested in drawing’s capacity to bring forth the essence of a phenomena, while making connections that arise between the aesthetic experience and the surrounding environment and/or society”. However, Kiera could not visit the site, so Melissa and Kiera decided to simultaneously draw their lived experiences by recording elements of their perceptual experiences. Given that Melissa was located on the farm and Kiera was in Sligo, both artists agreed to a timeframe to start and finish the drawings. By taking a phenomenological approach, drawing becomes a device for perceiving and understanding the world as it appears. As described by DdC member, Mary-Ruth Walsh, drawing can be used as a “thinking tool”, which variously considers: “drawing to communicate, drawing as a physical act, drawing as writing, drawing to familiarise yourself, drawing’s relationship to material, performative drawing, contemplative drawing encounters and drawing that re-frames a space”.

In 2019, Kevin Killen will host the next iteration in Belfast, followed by Mary-Ruth Walsh in Wexford and Rachael Agnew in Wicklow. Like Kiera, Rachael explores a philosophical underpinning of phenomenology in relation to site-specific drawing. Racheal’s practice and research explores “the fundamental ontology of interstitial space”, referring to “in-between, empty, transitional, transient or non-places that are assumed and unquestioned”. The concept of space is also explored in Kevin Killen’s walking journeys. Kevin notes that although he known as a sculptural artist, drawing is an integral part of his practice. Kevin studies people’s physical space and the journeys that they make, noting: “I use traditional drawing tools to translate journeys into maps [and] recreate using neon. Initially, my drawings were part of the process to create the finished neon, but now I see them as works in their own right”. Space, place and the everyday is also explored in Mary-Ruth Walsh’s practice. Walsh focuses on architectural spaces and how they affect the way we move and behave, stating: “I make imagined, yet impossible proposals, realised through drawing [so that] we see the commonplace anew” (maryruthwalsh.org).

Our themed project, ‘Drawing as Interruption’, is providing us the time and space to discover each other’s practice in deep and meaningful ways. Furthermore, it is providing the opportunity to reflect on various approaches regarding contemporary drawing practice, relying on the inner-workings of the group to further develop rich modes of collaboration. We envision DdC as an evolving and flexible collective and going forward, we intend to continue exhibiting both inside and outside the gallery space. We hope to work with curators and drawing practitioners for future projects in Ireland and abroad.