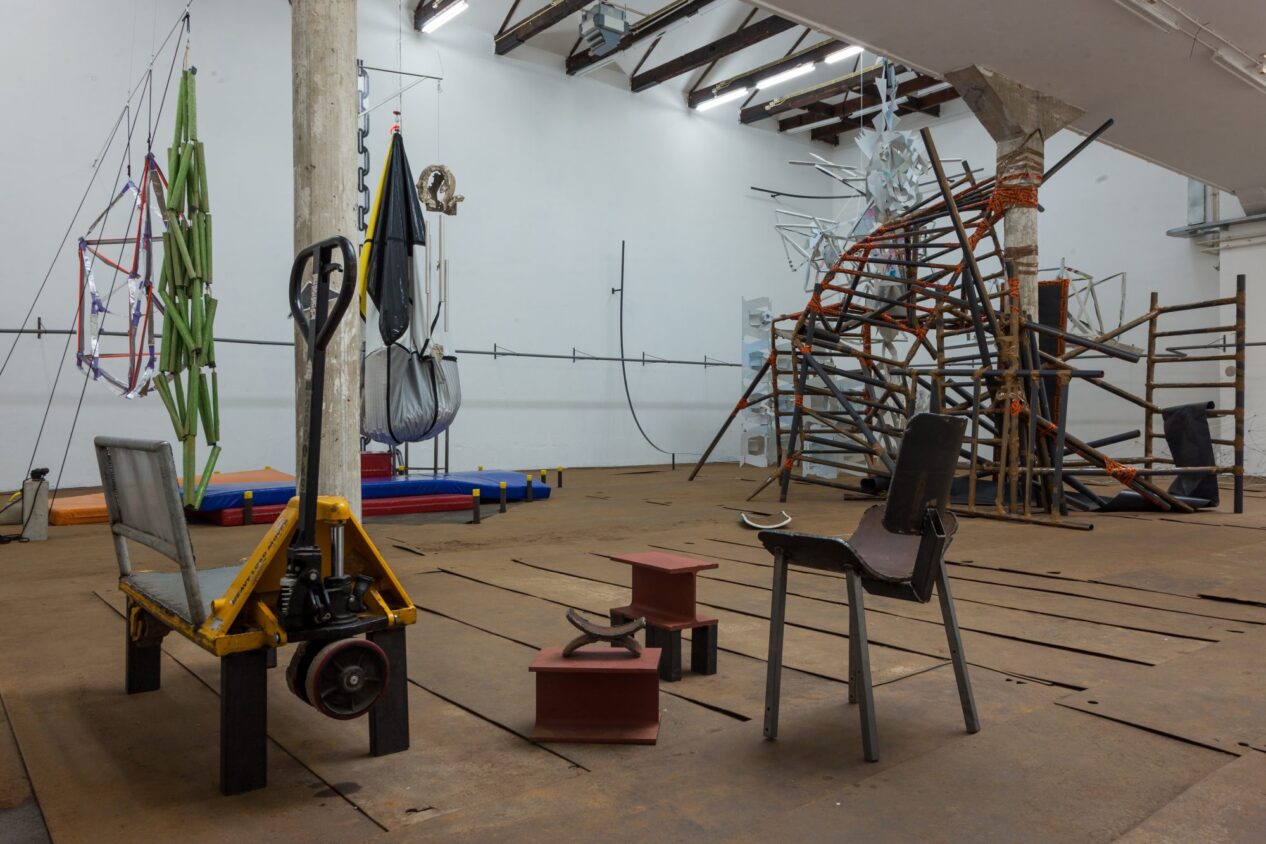 PÁDRAIC E. MOORE REFLECTS ON HIS EXPERIENCES OF WORKING AS AN INDEPENDENT CURATOR.

My curatorial career dawned in my early twenties, when I began organising exhibitions and events in various spaces across Dublin. I had just completed a BA in the History of Art at UCD and was about to embark on an MA, eager to apply my knowledge and enthusiasm. I’ve always been a voracious exhibition attendee and from my late teens onwards I had the opportunity to meet numerous artists and curators. These experiences shaped a nascent inkling that I wanted to work with, and alongside, artists in a role that would enable me to inhabit and contribute to the cultural sphere.

In the mid-noughties, I found myself in a milieu of emerging artists who, like me, were at the beginning of their careers. My aspirations were perfectly matched to their needs and I coordinated various exhibitions and events featuring their work. These curatorial ventures were informed by a DIY ethic and provided vital opportunities to learn through trial and error, whilst also establishing my own style. It was in this early phase of my career that I first grasped the importance of writing about the artists with whom I was working and providing them with constructive critical feedback. In the years that have elapsed since then, I’ve participated in several postgraduate programmes and residencies and worked with individuals so much further ahead in their development than I, that they can only best be described as mentors. While these experiences have certainly enriched my knowledge and skills, they have also confirmed that there is no substitute for practical experimentation and collaboration.

Since those first forays into exhibition-making, I’ve curated countless projects, both independently and in collaboration with host institutions and galleries. Each of these endeavours has reaffirmed to me the extent to which the role of the independent curator varies – often dramatically – with every project. Responsibilities and workloads differ according to the context in which one is operating and the resources available. While some projects require one to be inconspicuous, others require one to be at the fore of things, promoting and engaging with a public. There are of course a number of aspects that remain consistent, regardless of the context or content of a project. For example, I believe that one should be devoted to the artists they are working with, while acknowledging that the exhibition is merely one facet in an ongoing process, all of which is equally important. Furthermore, one will inevitably have to willingly engage in all manner of backbreaking donkey work.

To operate as an independent curator is to be engaged in the so-called ‘gig economy’. It is therefore invariably precarious and demands that one actively devises opportunities, rather than waiting for them to emerge. Often one has to develop contingency plans, to ensure projects will proceed in some form when, for whatever reason, the necessary funding falls through. Since I began on this path, one of the most notable developments is how the definition of curator has expanded. The recent proliferation of marketing and social media technologies has also seen the term utilised to describe composing and disseminating content online. Yet, anyone who has commenced a career as an independent curator will know that that the role extends far beyond simply arranging objects d’art for aesthetic delectation. Arguably, those working in this field are required to be more versatile than ever before, also availing of opportunities to write, teach and deliver public lectures which can serve to enrich one’s capabilities and knowledge base. Realising ambitious and innovative exhibitions and publications in an independent capacity necessitates that one be capable of managing budgets and schedules. It also requires an understanding of the technical and logistical issues that often arise during the installation and fabrication of artworks. The multi-faceted nature of the role was succinctly and elegantly summarised by Harald Szeemann when he stated that “the curator has to be flexible. Sometimes he is the servant, sometimes the assistant, sometimes he gives artists ideas of how to present their work; in group shows, he’s the coordinator, in thematic shows, the inventor. But the most important thing about curating is to do it with enthusiasm and love – with a little obsessiveness.”1 Every person who enters into this role will find their own methodology and will inevitably also bring a different skillset to the position. In my case, my background in art history has shaped my approach significantly and has also enabled me to contextualise the work of the artists that I am engaging with.

In recent years, several of the exhibitions I have realised were significantly shaped by a range of curatorial strategies. These were conceived for a variety of reasons, to facilitate new forms of artistic collaboration; to explore new methods of display and dissemination, to reveal the possibilities of working within imposed constraints and, in some cases, to interrogate the idea of authorship. This is exemplified in an exhibition I curated in spring of this year, entitled ‘The Width of a Circle’, at the legendary and cavernous W139 project space in Amsterdam. The participants, who predominantly work in sculpture, were invited to take the five archetypal forms (known as the Platonic Solids) as points of departure in developing new work. Stemming from the original postulation that each solid was aligned with one of the ‘classical’ elements, the decision was made to restrict which ‘elements’ the exhibition would include. The four classical elements were transposed onto ubiquitous materials: concrete, metal, plastic and paper. In addition to these commonplace materials, participants were also invited to harness what has been described as a fifth ‘animating’ element. The desire to create an immersive and large-scale installation using only these ascribed elements precipitated the decision to cover the gallery floor with steel plates, creating a ‘ground’ upon which the exhibition was constructed. This intervention is a testament to the possibilities of cooperative production and serves to underscore the systematised character of the entire project.

Over the course of my career thus far, I’ve come to realise that the only way to succeed is to devote oneself entirely to the mission at hand. Inevitably, this process can have its trials and tribulations. I have found myself returning to the reassuring words written by Rainer Maria Rilke (now collectively published as Letters to a Young Poet) as an antidote to those spells of disillusionment. Rilke wrote: “You must not compare yourself to others […] Work from necessity and your compulsion to do it […] Work on what you know and what you are sure you love […] Don’t let yourself be controlled by too much irony […] Live in and love the activity of your work […] Be touched by the beautiful anxiety of life […] Love your solitude and try to sing with its pain.”2 These letters – written between 1903 and 1908, when Rilke was himself an emergent, but prominent poet – were addressed to a student who had sent Rilke poetry and requested guidance about becoming a writer. Though offering advice for an aspiring writer, I find these words can also provide succour and encouragement to the curator in those moments when despondency is at the door and enthusiasm, confidence and faith are devoured in the abyss between the conception and the realisation of an exhibition.

Pádraic E. Moore is a writer, curator and art historian currently based in Brussels and Dublin.
padraicmoore.com