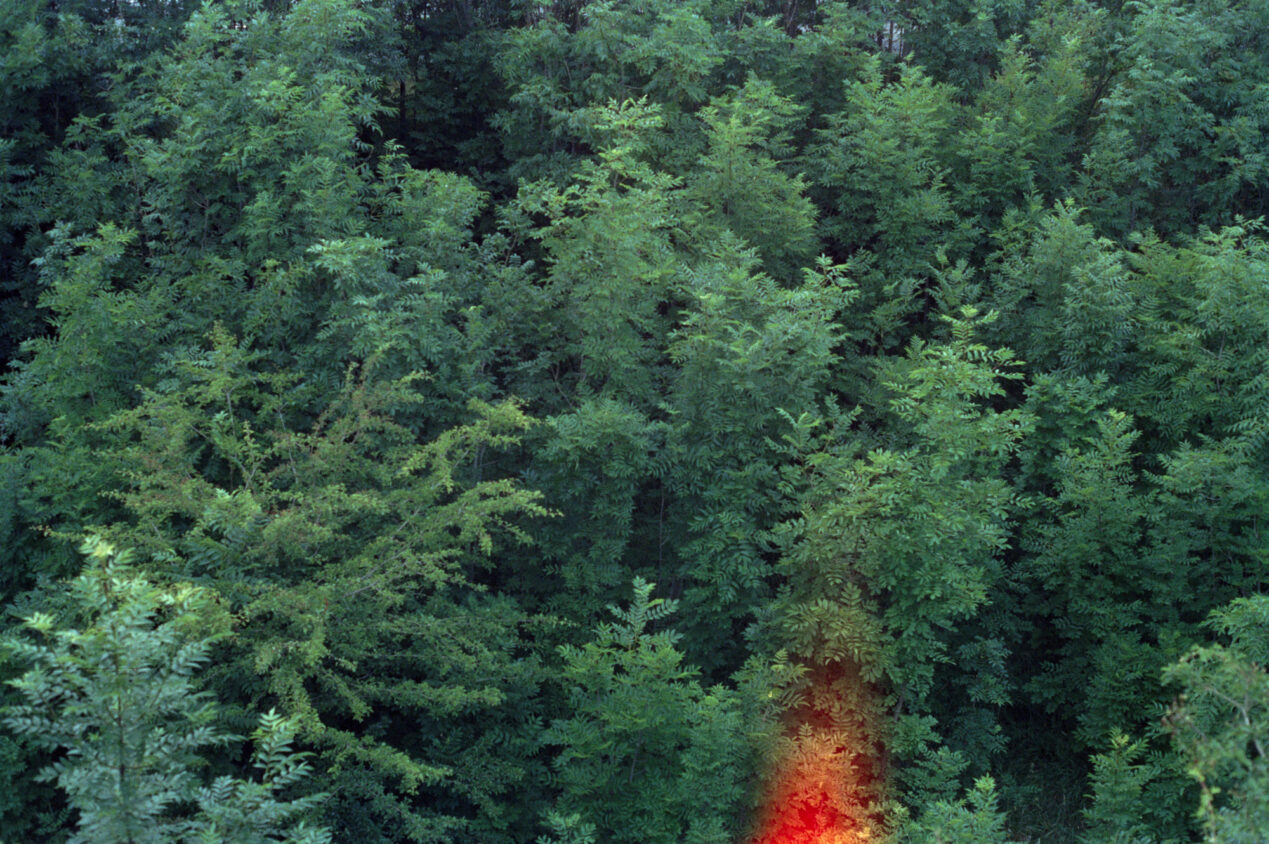 An exhibition is the considered placement and grouping of things that talk to each other about, around or alongside certain philosophical and/or conceptual concerns; it is a gathering and expression of ideas or thematic inquiries underlying visual conceits. The exhibition press release can provide a summary of, or guide to, such activity. The conceptual framework for ‘FIX’ was to exhibit photographic work by five artists, that has strayed or become ‘un-fixed’ from the self-defined constraints usually found within their individual practices. The exhibition press release acknowledges the artists’ diverging creative perspectives, while proposing “a common thread of identity and location”.1 Given that everything has to be located somewhere, ‘location’ is a rather broad area of interest, particularly with regards to photography – a medium that freezes and preserves location, while documenting all the stuff that’s contained within it. However, the exhibition text then ‘un-fixes’ this tentative conceptual framework by going on to state that: “Place becomes unimportant, as a collective atmosphere takes hold that blurs the lines of real and imagined…” This evasion makes critically evaluating the show as a cohesive entity very difficult. Visually or philosophically, I did not feel these works to be in communication with one another, and the press release only served to highlight this.

That’s perhaps part of the reason why Ciarán Óg Arnold – with both the greatest volume of images (numbering in the twenties) and the least volunteering of information (every work was titled ‘Fever Dreams’) – was the most successful. His work was presented slightly apart from the other groupings, in a back part of the gallery that leads into a workspace. Arguably, this released the viewer from trying to force connections where there weren’t any, with Óg Arnold’s work being physically, conceptually and philosophically distinguished. An artist of compelling vision, he so effectively built a world of composites (hectic, hellish and halcyon glimpses of boobs, scars, flowers, toilet cisterns and worn-out mod-cons) that it allowed the viewer to temporarily exit the realm the rest of the works were affixed to.

The six works by the exhibition’s curator, Johnny Savage, were also blithely and ruthlessly successful in doing the lion’s share of the show’s atmospheric heavy lifting. Savage’s photographic prints – such as N7, Grave and Window – were literal illustrations of their respective titles. These images convey a people-less, post-location diminishment – something American writer, Maggie Nelson, might describe as the “fundamental impermanence of all things”.2 The photographs depict an existentially jaded and faded world, one beleaguered by the labour of manifestation (both as earth and as image), the continuing struggle of subsistence having “bleached out their blues”.3 There was a horse in one image – but it felt like the last horse on earth, as if some kind of dystopian zombie-bot had documented its faded glory, using a camera made of repurposed human eyes.

Cáit Fahey presented a pleasant and subdued palette of flowers, interiors and building edges. The work, Kind Graffiti – which shows finger markings traced across the surface of an anonymous structure – offered a particularly satisfying gentleness. The quandary of presenting commercial-style photography in contemporary art contexts – and how to critically assess works that are perhaps themselves not invested in criticality – was most prominent when viewing the works of both Rich Gilligan and Megan Doherty, artists who, one hazards, could, or do, produce professionally and highly effectively for streetwear labels or youth-orientated commercial outlets. These were serviceable, modern images of urban scenes and the young people inhabiting them; but they did not appear bound to contemporary art discourse. However, one of Doherty’s images, titled Dissonance – which shows a young man sitting on a toilet lid seemingly getting his head examined – had a brutal delicacy, reminiscent of American photographer Nan Goldin’s unflinching depictions of intimacy.

Mostly everything (though, fittingly, little of Óg Arnold) is available to view or buy online through Hang Tough’s website – a location where much of the work could’ve perhaps existed solely with a greater sense of meaning and purpose.