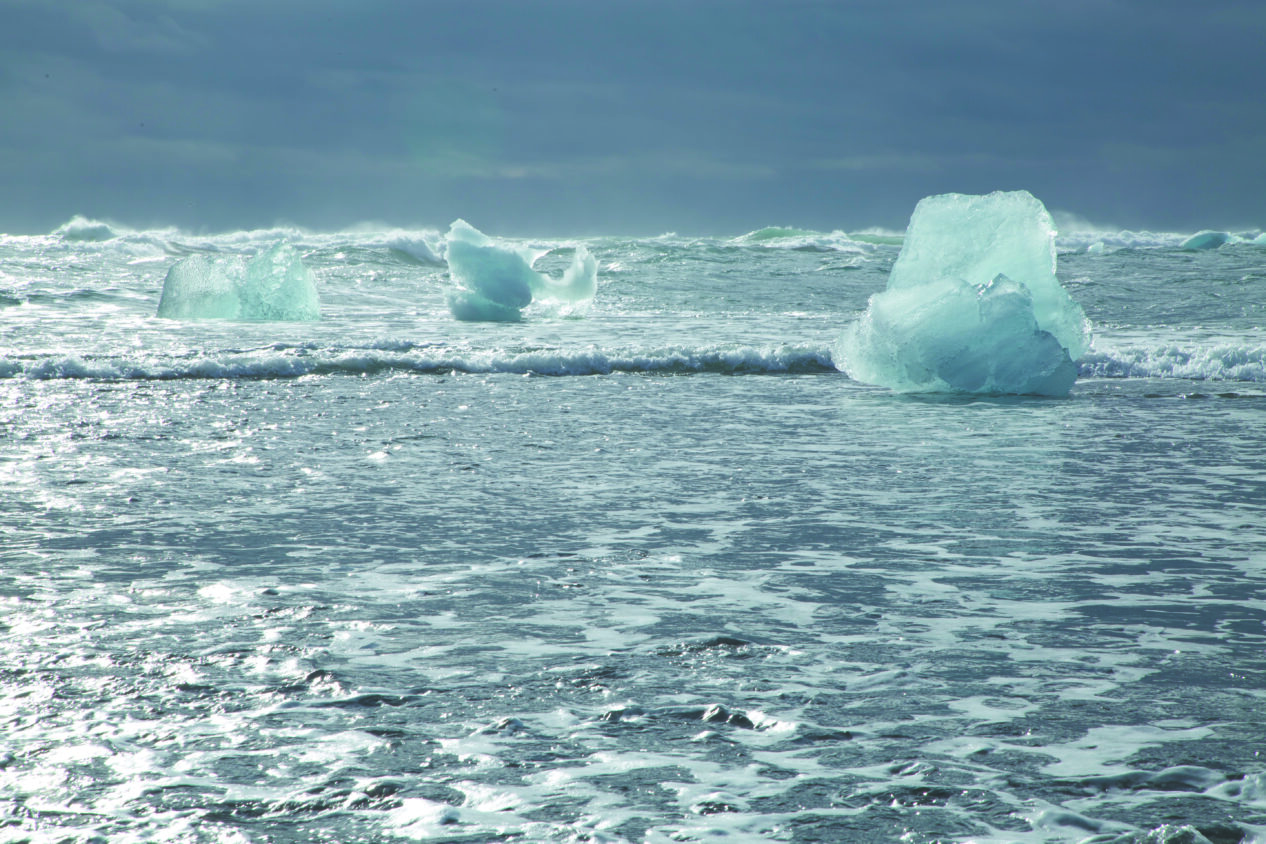 PÁDRAIC E. MOORE INTERVIEWS VIVIENNE DICK ABOUT HER FRIENDSHIP WITH NAN GOLDIN AND THEIR CURRENT EXHIBITIONS AT IMMA.

Pádraic E. Moore: Your exhibition ‘93% STARDUST’ runs concurrently with Nan Goldin’s ‘Weekend Plans’ at the Irish Museum of Modern Art (IMMA). Perhaps we can discuss the milieu yourself and Nan once shared and the parallels between your work?

Vivienne Dick: I met Nan just after she arrived in New York. We hung out together throughout my time in the city and shared several interests, particularly music. There are parallels in our early work – we were always aware of that, even at the time. We were tuned into each other’s aesthetic from the beginning. There’s a documentary feel to our early work and several of the individuals that one might see in my films also frequently feature in Nan’s images. After the New York period, we met sporadically in different places and Nan travelled to Ireland, visiting Galway, Donegal and Tory Island. The IMMA show features images taken during those trips she made to the west of Ireland.

PM: In a previous interview, you mentioned that your earlier works (such as Guerillere Talks) emerged via an organic undirected process. Perhaps this approach is another aspect of your work that connects it with Goldin’s?

VD: My early works were directed, but not in the usual way. I’m quite loose in my method: I try and approach it in a collaborative way and invite those who I am working with to bring or suggest something. I have never worked with a script, but that’s not to say I wouldn’t rigorously plan the process or have clear ideas that I wanted to explore. I am interested in the different ways people present themselves to the camera and how this can shift within the shot: a vulnerability exposed; an internal focus; a kind of inscrutability or a performing of what someone wants to project.

PM: When you began making work, were you already aware of the experimental films that had been made in America in the late 1950s and early ‘60s?

VD: Even before I started making films, I spent a great deal of time at Anthology Film Archives in New York, looking at all the American avant garde work. That really inspired me to make films. It was the first time I’d ever seen what one could describe as ‘homemade’ films. I’m talking about the work of individuals such as Ken Jacobs, Maya Deren and Jack Smith (whom I knew and worked with), as well as Bruce Baillie, Storm de Hirsch and Marie Menken.

PM: Did the experiences of growing up in what was ultimately a repressive and restrictive patriarchal Ireland inform the sexual politics of your early work? VD: I felt ill at ease in the Ireland of the late 1960s. Women were not taken seriously in mixed company in bars etc. – one was on the outside looking in. That’s just how it was then. I lived in France and Germany and travelled through India – all experiences that really opened my eyes. In France, I was exposed to a completely different countercultural scene. It was also there that I was exposed to contemporary art. I was lucky to end up in New York, which turned out to be the best place to be for me at the time. New York was a place where I was free to speak with films, free to express myself; a place where there was support from all sorts of people. New York was like a university of the world for me. I met so many interesting people and was exposed to many new ideas, and music and art. It was an eye-opener to say the least. I really do not think I would have begun making films had I remained in London or Dublin. Years later in London, I became interested in psychoanalysis and the history of ideas and this began shaping my work. I had more of a theoretical understanding of what I had been doing. The sense of what it means to be a woman in a world shaped from a male perspective was always an important preoccupation for me. This, of course, is the same for anyone who is not heterosexual or white. Having taught at third level in Ireland for 14 years, it is clear that secondary education would benefit from gender studies being part of the curriculum – why this is not so, poses interesting questions about where we are right now in our awareness of ourselves.

PM: Moving back to Ireland in 1982 heralded a shift in your work. Certain aspects of the country found their way into your films. Moreover, an explicitly political tone enters your films at this point.

VD: I met people in New York who were from Ireland and who had been directly involved in The Troubles. When I returned to Ireland, I encountered a whole raft of movements. It was fascinating how many different groups there were, at least 15 factions, and each were in competition. In Dublin, I hung out with a bunch of anarchists and this informed Visibility: Moderate (1981), which was made just before moving back.

PM: Your work in the early 1980s also demonstrates an interest in the Irish landscape: it seems to possess a pagan and arcane power.

VD: I studied archaeology and also prehistory, but later I was seeing it through a feminist lens. God was, and could only be, male in the world I grew up in. On reading Luce Irigaray, I realised how damaging this was for the female half of the population. It is not necessarily about believing or not believing in god. God is an ideal; something you reach towards; the creative impulse – while the female is always ‘othered’ in the monotheistic traditions. So, the idea that there was another time period in which the supreme being or creator was female held a great fascination for me. I became interested in where the traces of belief in goddess culture remained in Ireland: on the land in the names of the mountains, for example. There are numerous mountains in Connemara which have been named locally as the Devil’s Mother. Lough Derg was an ancient pagan site renowned all over the world – like Glastonbury. You can always tell, when you read about the difficulty Saint Patrick had in banishing the serpents there, that a powerful female entity once resided in that location. Even Croagh Patrick was a fertility mountain that women once climbed during the festival of Lughnasadh as a kind of fertility rite, so yes, this was certainly something that intrigued me about the Irish landscape. There’s a three-screen work I made called Excluded by the Nature of things (2002) about the traces of the goddess within Ireland.

PM: Perhaps we can discuss how working with a team of people changes the making process?

VD: I still approach things the same way. With Red Moon Rising (2015), I travelled around the country in an attempt to shoot at dawn or dusk. When I make films, I am looking for something that I may or may not find. I shot a lot of material and sometimes I wasn’t even sure what I was looking for, but I found incredibly special moments. I always try to leave enough space and time to ensure that something unexpected can enter – something unanticipated needs to enter. When working on a larger-scale project, it’s ideal to be able to work with a crew who understand your working methods – who respect the process. If you can have a crew that get involved with what you are doing, it can be wonderful. At some point in the making of the last two films, that really did happen. We had sound technicians working with sound artists and really getting into the process, going into the forest to make experiments with sound and so on.

PM: With reference to the notion that 93% of the mass of the human body is ‘stardust’, I’m guessing that the title also refers to music associated with the counterculture of the late 1960s? Perhaps you could give some insights into what the title of the IMMA show reveals about your more recent work?

VD: The title of the show ‘93% STARDUST’ refers to what we are actually made of apparently! It also refers to the 1960s and 70s, and the awe about ourselves in relation to the universe expressed in songs by Joni Mitchell and also Bowie. During the enlightenment, man was considered to be at the centre of the universe dominating everything. We are now entering a new age – a digital age. I think just as we are becoming colonised by the internet, we are simultaneously becoming more aware of our mental fragility: things like PTSD are now accepted as real. We are slowly realising that we do not dominate the earth, but that we are dependent upon it. We are all part of the earth, all of us are embodied, fragile and vulnerable, and that’s okay. My most recent film, Augenblick (2017), which has just received its Irish premiere at IMMA, deals with the idea that we are moving into a new age, which is an internet-led digital age. I practice Iyengar yoga and that helps me get connected to my body on lots of levels. That’s an idea that I wanted to emphasise with ‘93% STARDUST’ – that we as organisms are changing all the time. The whole body changes all the time; every aspect of us is changing all the time; every part of us. The skin, the bone, everything. We are all interconnected.

This interview was conducted via Skype in May 2017. Vivienne Dick’s ‘93% STARDUST’ and Nan Goldin’s ‘Weekend Plans’ run until 15 October 2017 at IMMA.

Vivienne Dick is a feminist experimental and documentary filmmaker whose early films helped define New York’s No Wave scene of the late 1970s. Pádraic E. Moore is a writer, curator and art historian currently based in Brussels and Dublin (padraicmoore.com).