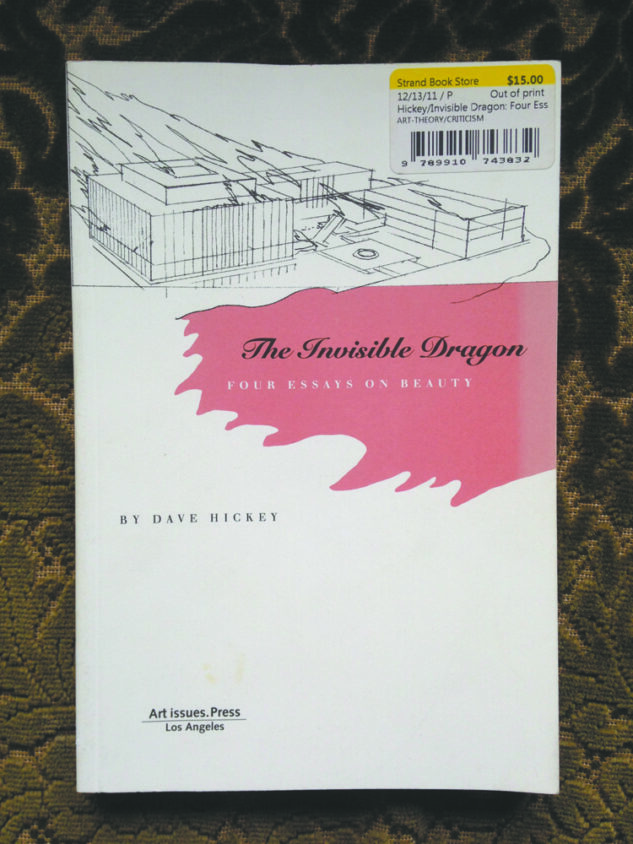 I have been thinking a lot about sex recently and its relationship to art. One reason is artist Emma Haugh’s question “How do we imagine a space dedicated to the manifestation of feminine desire?” proposed in her recent solo exhibition ‘The Re-appropriation of Sensuality’ at Dublin’s NCAD Gallery (an edited version of the script performed during the exhibition is included in the March/April VAN).

Another reason is the forthcoming documentary on the artist Robert Mapplethorpe by American television network channel HBO. Mapplethorpe’s ‘smut art’ (artist’s own words) caused a political and cultural storm in the American cities of Washington D.C. and Cincinnati in the late 1980s/early 1990s when a grand jury issued criminal indictments against one art institution and its director for exhibiting Mapplethorpe’s touring retrospective of ‘sex pictures’. Art won out in the end, but the trial and the exhibition did question and challenge perspectives on the vices and virtues of contemporary art in the eyes of the public.

Anyone who has had a Mapplethorpe experience usually has a Mapplethorpe story to tell that involves some public discomfort. My Mapplethorpe story begins with art critic Dave Hickey, whose book The Invisible Dragon I posted to a printing company as an example of what I wanted to achieve for a publication I was working on at the time. In the book there are several explicit examples from Mapplethorpe’s X Portfolio. I didn’t think that the images were pornographic in private, but releasing them into the public ether and removing them from the context of contemporary art, with my name on the envelope that sealed them in, made me feel uneasy.

The question of obscenity and censorship drags up Banbridge District Council’s treatment of artist Ursula Burke’s portrayal of gay sex in one of her Arcadian landscape paintings for an exhibition hosted by F.E. McWilliam Gallery, in 2014. There is no point in comparing Mapplethorpe’s flinch-provoking images of the BDSM scene in New York City with Burke’s impolite costume drama – all they have in common is that they caused public unease. What I want to highlight (if you haven’t already noticed) is that the aestheticisation of homosexuality threads its ways through the examples that I have supplied here. But this unconscious intent or fluke coincidence does help to pose provocative questions about sexuality and the contexts that inspire, legitimise and allow expression of sex as art.

If we are willing to admit it, all our art biographies are interrupted by embarrassing or uneasy moments in which sex, or some related taboo, is the author of our discomfort. Sigmund Freud refers to the original situation érotique as the ‘primal scene’, when the child walks in on their parents having sex, or when we remove lust and desire for the sake of mental preservation, making love.

I remember being seated comfortably in a dark lecture theatre, 16 years ago today, whilst a fidgeting lecturer projected Jeff Koons’s Made in Heaven (1989 – 1991) series of hyperrealist paintings and sculptures. The series portrays the Italian porn-star La Cicciolina copulating with Koons amidst a sickeningly tacky rococo neverland.

The in flagrante delicto of the whole situation caught me off guard as a young man among a female majority, especially how La Cicciolina’s spread-eagled crotch swallowed up my gaze. But the bubbling laughter of my female counterparts gave me permission to dispel the Catholic guilt of looking at this particular ‘top shelf’. Staring into Koons’s imagination in that dark lecture theatre 16 years ago we all became giddy kids who ordered the pink cocktail without really knowing what was in it, or the effect the alcohol would have on us afterwards.

When sex does enter the gallery, less naïve and more mature artists have a tendency to disavow it, which results in fetishised and ‘serious’ art objects that look like cocks and vaginas but are intellectually removed and emotionally concealed within a formalised shell. As mature artists we tend to violate rather than play with the idea of sex, or we express sex as a violation. For the young and naïve, sex is indistinguishable from love, romance indistinguishable from lust. The duality between the underground and the acceptable, private and public, cocks and flowers, plays out in the photographs of Mapplethorpe without prejudice.

Sontag is referring here to the language of art, concealment being the epitome of good taste. The language of art always manages to transform art objects into something high, or ironises them in the dialect of the low in an effort to raise them even higher. These are the lessons that we learn in art college as young art students: to conceal and preserve our modesty in order to affect a sophisticated response from the knowing audience who like things to register on the level of implicit rather than explicit.

To my mind sex doesn’t inhabit the gallery as much as it should because we simply grow up. Yes, we have those eternal teenager artists, the Young British Artists, who continue to fetishise sex well into their 40s. And there are the American artists Paul McCarthy and the late Mike Kelley, who look like the 50-something ‘metaller’ with the Black Sabbath T-shirt and scraggy-grey-dog hair that, sometimes, I envy. Generally, however, as we discover and experience more of the world and its hidden vices we become more secretive about those experiences and discoveries. Maturity and reputation is the great censor, whereas naïveté can be foul-mouthed because it’s oblivious to itself and the people around it.

When referring to Renaissance artists and the development stages of their creative identity, Ernst Gombrich calculated that 23 was the age when personal hubris was at its most frenzied sate. The confused 18 to ambitious 20-something year old college student is split between what Freudian psychologist Eric Erikson refers to as Ego Identity vs. Role Confusion and Intimacy vs. Isolation. It’s a mouthful, but what this simply means for the art student is the potential for a whole lot of psychosocial and psychosexual instability, the best ingredients, I think, for making art that is sticky and aromatic and all-round messy. Young art students, and the mature ones that never grew up, are at that fork in the road between occupational promiscuity as would-be artists and the hope of sexual fidelity in their forming relationships with the weird world and its things.

In a sense we are just a cocktail of naïveté as young art students, poking fun and poking fingers at art objects out of blissful ignorance. At a primal level we are just hands and saliva at that age, fumbling in the dark without a care, just an all-consuming need for discovery and desire. As an adult I look back on that naïveté, the anxiety of not knowing and just poking, as a powerful asset to being an artist, rather than the fugitive notion that we are only learning to become artists in art college.

Last year the whole hullabaloo over the National College of Art and Design (NCAD) student Shane Berkery, whose painted naked-portrait of then NCAD director Professor Declan McGonigle, was (to my mind) viscerally and politically limp. While upstairs, hidden away in the attic of the same NCAD degree show, and under the stairs at Dublin Institute of Technology, we got the ‘pink cocktail’ that I have been discussing here in the sexed-up and viscerally undressed installations of Luke Byrne (aka Luek Brungis) and Catherine Cullen respectively. For the reasons outlined above, this type of art never really graduates as a form of legitimate art-making in the Irish art scene.

As an art critic who has reviewed the Irish art scene inside and out over the last seven years, after repair after rupture after repair, I find the annual art degree exhibitions an antidote to the growing up, professionalism and conservatism that permeates the public and private gallery circuit. There is something to be said, then, about the importance of art colleges in this regard. With more and more artist-run spaces being trampled by yet another burgeoning era of gentrification in Dublin, the spaces where art is allowed to be a little messier and visceral will now be the responsibility of the art colleges to safeguard. More importantly,however, it is the responsibility of teaching staff in those colleges to foster and value the subversive, the visceral and the messy,
rather than dismissing it as just teenage kicks.

James Merrigan is an art critic at billionjournal.com.