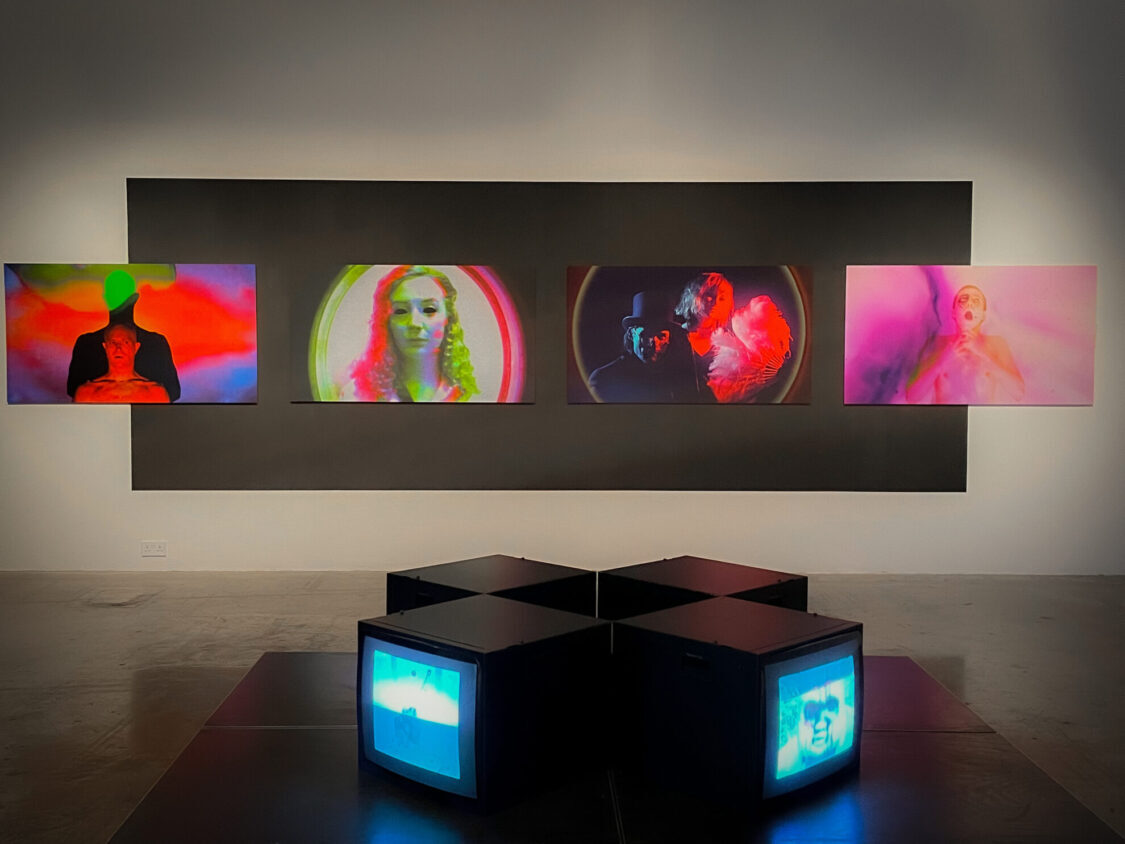 Matt Packer: The Experimental Film Society (EFS) was founded in Tehran, four years before your move to Dublin. To what extent did these different contexts alter your vision for EFS?

Rouzbeh Rashidi: In 2000 I founded the Experimental Film Society. I made films in Iran until 2004 and then I moved to Ireland. During my filmmaking adventures in Iran, I would organise private screenings of new work (my movies and films by others) for friends and peers. During that time, I realised that you could not expect any support from film festivals or government agencies. If you want to survive, you must create the culture you want to be part of and build it yourself from scratch. Naturally, it is not a one-person job, so an experimental film collective was needed to achieve this goal. When I came to Dublin, I continued making films. As time passed, I came into contact with like-minded filmmakers in Ireland, and EFS started to grow again. Although an international entity, it must be admitted that the Middle East and Ireland form the two definite geographical poles of EFS. Arriving in Ireland, I found myself in a similar situation to what I had experienced in Iran: Irish film history can boast a few notable figures in experimental film, but there was never a substantial tradition of alternative cinema. Nothing was happening I could relate to or fit into as a filmmaker. Therefore, creating the safety and infrastructure of EFS was the only way for me to survive, both as an avant-garde artist and immigrant at the same time.

MP: One of the things that interests me about EFS is the relationship between the ‘institution’ of EFS and its constituent filmmakers. You have been very active in writing about your work, self-organising screening programmes, and publishing anthologies of the EFS back catalogue. There’s a comprehensive, self-appointed, institutional ‘apparatus’ that surrounds your work as filmmakers that seems to be driven by more than just the pragmatics of promoting and distributing your work?

RR: I am not a writer; I am only a filmmaker and nothing else. But I write my ideas to contextualise and support my work. I find it very constructive to create a literature of ideas about what I do. All of us at EFS are engaged with the craft of filmmaking and are filmmakers first and foremost. But we are also animated by a passion for film history; our films are constantly interacting with, incorporating, or ingesting the history of film directly or indirectly in a creative and mysterious love affair. Therefore, a platform to discuss this has become necessary.

After more than two decades of making and screening films, I came to the realisation that I need to explain myself in critical terms to survive as an artist. And by ‘survive’, I mean to continue making and screening films. EFS has organically created an underground niche for itself, but the type of work it produces is still fragile and emerging, as far as its visibility is concerned. For a long time, I felt the work should speak for itself, but I have seen that frank and, if necessary, controversial discussions around it have only had positive outcomes. Therefore I have decided to systematically write about what I do in my films, what I think about cinema in general, and how I feel about the work of others.

MP: Historically, there’s been a lot of discussion about definitions of cinema, film, video, which have in turn been channeled through the separate discourses of film and visual art respectively. I’m not sure I want to rehearse these arguments here, but I do think it’s interesting that you’re currently presenting the work of EFS within a visual arts exhibitionary context at Project Arts Centre. To what extent are you interested in these different conditions of presentation – the exhibition, the screening etc. – in terms of how they ‘perform’ the work itself?

RR: For me as a filmmaker, the most important thing is to refute the fact held by many, that the invention of cinema is now fully formed and complete. Consequently, I never believed that cinema only exists in traditional screenings and presentations such as in theatres. At the same time, I never accepted that cinematic material presented within a visual arts exhibitionary context betrays their cinematic DNA. I am always interested in discovering and finding out how a cinematic project can inhabit a space. It all depends on how you present, weaponise, juxtapose and orchestrate your projects. Every film I ever made began as an exhaustively plotted narrative in its primordial stage. By the time it was rendered, filtered and materialised through me, it had lost its original form, context and even purpose. What remains is an unexplained ancient artefact in the form of an apparition – an eolith with the free will to cast a spell – a ritualistic experience for the audience designed by the filmmaker. Hence, I always seek a traditional or non-traditional space to present these works, as long as I am committed to the idea of ‘cinema’ itself.

MP: I’d like to turn to your film work, specifically your ‘Homo Sapiens Project’ (2011-ongoing), which is a kind of vast compilation ‘framework’ of shorter video pieces. It’s a mammoth project, both in terms of its scope and undertaking. I’m interested in the way that ‘HSP’ renders the human body with a certain elasticity, both as an ambivalent subject of the lens and also in the act of viewership – an engagement which can only ever feel partial and insignificant when faced with the work’s totality.

RR: Perhaps if I provide some of the reasons I decided to create the ‘Homo Sapiens Project’, it would somehow answer your question. I began by asking a fundamental and yet simple question: what is the notion and existence of cinema in the 21st century? Form, in my view, is the most essential and vital part of cinema. When you conceive a unique form, then narrative (and I believe all cinema is narrative to a degree), drama, or story can be articulated with it. Then I realised that I needed a system that provided me with the ability to engage with filmmaking on a technical level, such as experimenting with different camera formats, lenses, filters and apparatus. I also wanted to eliminate the name, identity and even purpose of each instalment without having the pressure of putting them in the circulation of screening and distribution. This agenda perhaps correlated with my continuing existential grasp of immigration. The films one makes are nothing but the haunting shadows and lights of the movies that one has seen in the past. There is no original film, except for the very first ones by the medium’s pioneers. Therefore I decided to render all my experiments through the prism of science-fiction and horror cinema, because they are the foundation of my upbringing as a cinephile and discovery of the medium.

Finally, I wanted to create a project that I would forget about immediately on the spot, even while in the process of making it. Due to the massive production rate of the work, I can’t remember making much of it. What this amnesia has not swallowed up seems to exist in an artificial memory, as if implanted in my mind by someone else without my knowledge. The whole project seems so alien and distant. I always dreamed about having a secret underground cinematic life in my work, like a metaphorical secret addiction. If my feature films can be seen as a day job to earn a living, I created ‘Homo Sapiens Project’ as a private nightlife to feed my addiction to filmmaking. They serve no purpose, and I could comfortably live without them. The sheer volume of instalments in this series makes it impossible for audiences to watch all of them, yet I still plan to continue making them.

Matt Packer is the Director of Eva International.

Rouzbeh Rashidi is an Iranian-Irish filmmaker and founder of the Experimental Film Society.

The exhibition, ‘Luminous Void: Twenty Years of Experimental Film Society’, ran at Project Arts Centre from 13 May to 25 June. A book of the same name was also launched in late 2020, which can be ordered on the EFS website.