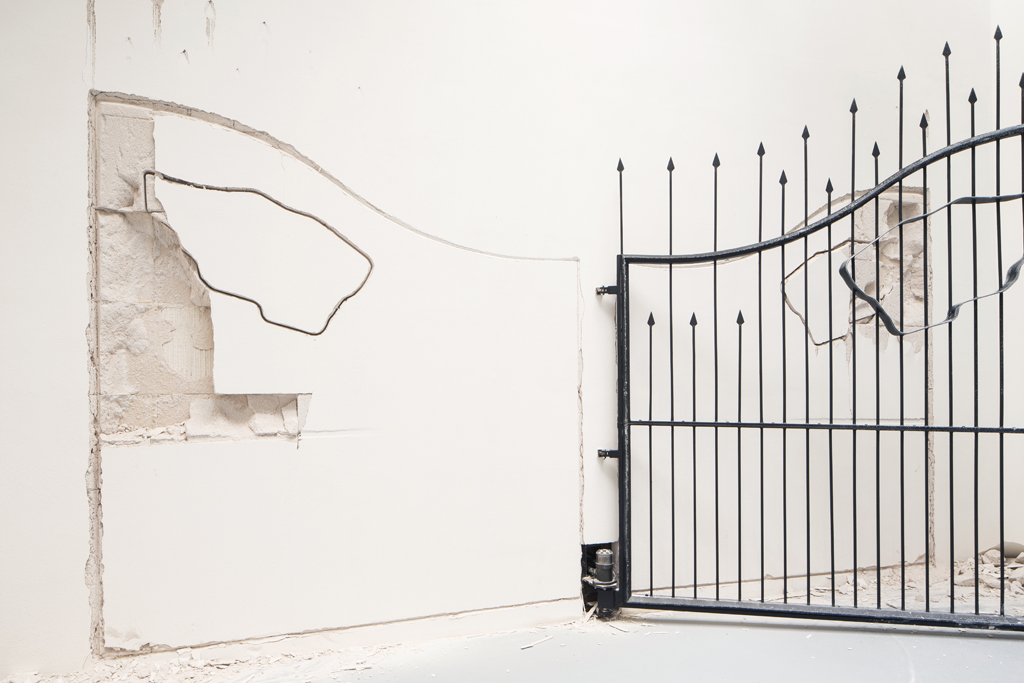 The 58th Venice Art Biennale 2019 makes great strides in averting criticism of previous editions by delivering a roughly equal gender balance, while featuring only living artists. This significant gesture is further augmented by a strong representation of younger artists, manifesting slick new media and interdisciplinary practices. Deviating from past iterations, curator Ralph Rugoff has assembled dual exhibitions across the two main spaces – an effective presentation strategy that allows each of the 79 artists to reveal multiple strands of their practice, while creating more memorable dialogue between the two traditionally autonomous venues.

Several press reviews have lamented the inclusion of many works previously shown elsewhere; however, I did not find this problematic. It was rewarding to revisit standout pieces previously encountered in other contexts – like Suki Seokyeong Kang’s enigmatic textile sculptures, shown at last year’s Liverpool Biennale, or Shilpa Gupta’s haunting sound installation, originally commissioned by Edinburgh Arts Festival. Substantial new audio-visual commissions from The Store X The Vinyl Factory are premiered, including Data Verse 1 (2019), a multi-sensory installation with a minimalist soundtrack based on white noise, by Japanese electronic composer and artist, Ryoji Ikeda, who also installed spectra III – a Kubrick-style, fluorescent light corridor, embodying a ‘blizzard of data’ at the entrance to the Central Pavilion. In addition, Hito Steryl’s epic new multi-screen installation, This is the Future (2019), mines the psychedelic mythologies of ancient and futuristic civilisations, in search of answers to current global anxieties (like hate speech, austerity propaganda and social media addiction), noting that “entering the future is a massive health hazard”.

Further responding to current geopolitical instability, many artists present timely works exploring borders, prisons and other forms of enclosure. A fractured concrete wall, topped with razor wire, is one of the first barriers encountered by viewers, when entering the cluttered frenzy of the Central Pavilion. Titled Muro Ciudad Juárez (2010), by Teresa Margolles, this wall previously provided a backdrop to the drug war in Ciudad Juárez – a Mexican town bordering the USA. Perhaps using the physicality of walls as a provocation, the biennale includes an unprecedented array of sound art, creating acoustic environments that reverberate fluidly throughout the vast exhibition spaces.

As noted by Lebanese artist and composer, Tarek Atoui – whose interactive sound work, The GROUND (2018), is installed in the Giardini – the ‘abstraction of sound’ is pulling us away from the ‘weight of the image’, thus liberating us from a visually-saturated world. Drawing on the legacy of 1960s composers like John Cage, Atoui seeks to expand notions of listening, through spatially responsive and durational sound performances. Within Atoui’s tactile and aural environment, handcrafted musical instruments produce sound autonomously, based on field recordings made by the artist along the River Delta in China. Audiences, musicians, instrument-makers and other improvisors come and go, yet the performance holds momentum, as a collaborative interface and as a sonic forum for active research.

Among national participations, the more successful sonic works include Panos Charalambous’s installation for Greece’s National Pavilion, which comprises 20,000 drinking glasses, configured to form a floor-based, transparent stage. As visitors walk across the platform, they generate layers of tintinnabulation, which echo throughout the pavilion like a vortex. Sculptural elements, such as megaphones and a taxidermy eagle, function as remnants of Charalambous’s previous sound performance, described as an ‘ecstatic ultrasonic dance’, aimed at playfully recomposing forgotten histories, silenced by hegemonic power structures. In the Japanese Pavilion, black and white video projections by Motoyuki Shitamichi depict ‘tsunami boulders’ washed up on shorelines, while a series of wall texts convey anthropological allegories, based on folklore linked to the tsunami. These elements are unified by a score, reminiscent of birdsong, performed on automated recorder flutes to imagine a sonic ecology in which humans and non-humans can coexist.

Rumbling throughout the Giardini are periodic crashes from Shilpa Gupta’s mechanised residential gate, which cause the supporting wall to crumble and crack. Gupta frequently explores the physical and ideological function of borders, as well as the structures of surveillance permeating these sites. Gupta’s second sound installation, located in the Arsenale, consists of 100 hanging microphones. Rather than acting as recording devices, they function as speakers, transmitting an immersive and layered soundscape of whispers, static and clapping. Giving voice to 100 poets who have been imprisoned or executed for their political alignments, the haunting recital includes readings in different languages, while fragmented verses, inscribed on pages, are violently pierced by metal spikes. Among the gentler soundscapes is an enchanting vocal, emanating from an installation by South African artist, Kemang Wa Lehulere. This tribal song forms part of a male initiation ceremony, traditionally performed by the Xhosa people, who were oppressed by colonial and Apartheid governments. Speakers are embedded within a school chair, while birdhouses, fabricated in wood from salvaged school desks, channel current critical debate in South Africa, regarding the decolonisation of school curricula.

Less successful sound works included Dane Mitchell’s Post Hoc for the New Zealand Pavilion, in which an inventory of vanished, extinct or invisible phenomena is electronically broadcast in frustratingly muffled tones, via tree cell towers located around Venice. This list is printed concurrently in the otherwise empty Palazzina library, highlighting the vacuity of this underwhelming sonic encounter. Grating sounds emanate from Sun Yuan and Peng Yu’s equally vexatious robotic artworks in the Giardini and Arsenale, while horrendous automatons resurface in the Belgium Pavilion – fashioned as a 1940s heritage museum and flanked by prison cells – as traditional harpsicord players generate music to ‘soothe the condemned’.

Also addressing the ‘acoustics of incarceration’, Lawrence Abu Hamdan’s compelling video installation, Walled, Unwalled (2018) was a standout work that helped me consolidate my thinking regarding the biennale thematic. Set within the Funkhaus sound studios in East Berlin – from which East German State Radio was once broadcast – the film features Abu Hamdan’s lecture-performance on the ‘politics of listening’. He chronicles the Cold War and the Regan-Thatcher era as precursors to current global border fortification, before outlining legal cases in which evidence took the form of sound heard through walls. He relays the experiences of prisoners, who train their ears to surpass the walls of their cells. With the prison complex operating as an echo chamber, sounds of interrogations and torture happening in other rooms are amplified exponentially, generating an ‘architectonic form of torture’.

As described by Salomé Voegelin, in her book, The Political Possibility of Sound: Fragments of Listening (Bloomsbury, 2018), “a geography of sound has no maps; it produces no cartography. It is the geography of encounters, misses, happenstance and events; invisible trajectories and configurations between people and things”. Porous and immaterial, sound has the capacity to permeate, transcend and defy inescapably solid structures. If the emerging sensibilities of sonic materialism are without social boundaries, then the convergence of so many expanded sonic practices in Venice this year generates extreme positivity and hope. This polyphony of voices, both harmonic and dissonant, offer ways to resist segregation or enclosure, by visualising and enacting a more connected world.