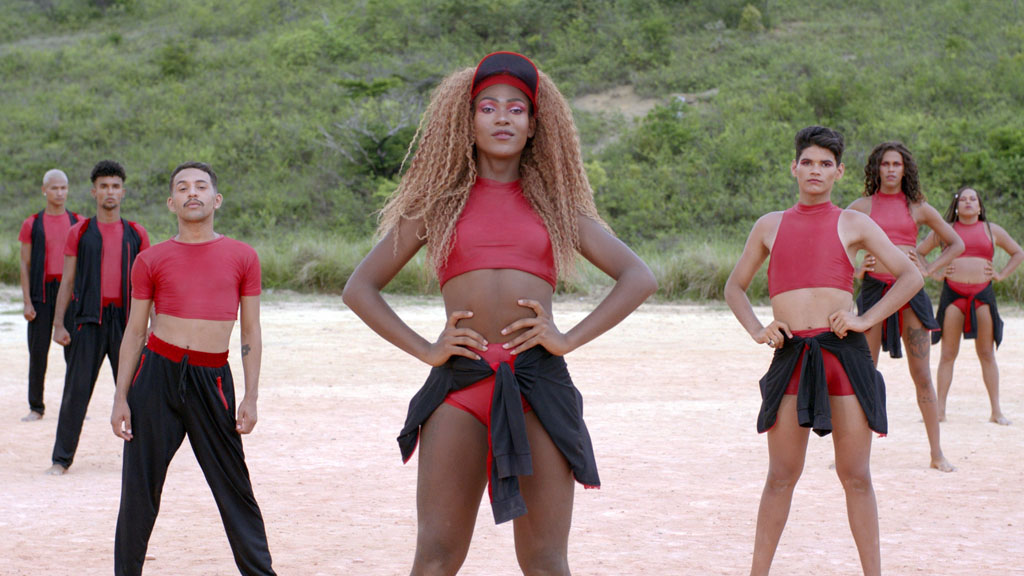 The biennale opened a week before the Eurovision. In terms of kitsch nationalism and tone-deaf politics, there could not be a better analogy. Difficult national politics can get art-washed – or tourism promotion can have a stronger grip than the art – but this year, these were outweighed by strong feminist voices or, better still, work that had opposing values to the country they were representing or the curatorial theme they were nestled into. The ‘big show’ that tackles the ‘big ideas’ of the day can easily lose out in a city littered with hundreds of shows, exhibits, projects and even performance artists baying for attention – but it does generate many starting points.

When rumours began circulating about the €30 million cost of Christoph Büchel’s raised migrant boat, Barca Nostra, the artist had succeeded in playing the art crowd. Gossip replaced information, followed by moral outrage and indignant memes. Eventually, facts followed in a slew of articles (see theartnewspaper.com for a good overview) but spectacle was the real winner. This is part of the backstory, as it tied directly into Rugoff’s theme, despite nobody seeming to get that – this was art fake news in action.

In many ways, there are 89+ individual attempts at museum standard shows competing with the main biennale themed exhibition which, despite only having 79 artists in this edition, is still enormous. There is a lot to describe but there is already a slew of ‘top ten reviews’ which do that job very well. A simple search will yield many such lists – I can recommend artsy.net, domusweb.it, news.artnet.com, as well as vogue.co.uk (featuring a profile on female artists at the biennale, in which includes Eva Rothschild, who represented Ireland).

What generally happens however, outside of the firm winners and favourites, are the accidental patterns that emerge outside of the great curatorial plan, like the prevalence this year of gender/queer work, science fiction and dance music across the city. I must confess, these are part of my subjectivity, informed by my interests as an artist – the results of my internal filter that tries to resist the pushy media packs of press week.

It sometimes feels that misinterpretation is the only way to navigate the flood of art. Crowds are dense during press week and tempers and patience can be short. But as this is art, some artists deliberately misdirect – making one thing, saying another and then publishing an entirely different array of ideas. Sometimes by plan, sometimes by mistake, as press release and wall text lingo gets garbled between language translation, art theory and hyperbole. Many interpretative skills are required. Brief descriptions of all works can be found at labiennale.org however, split between the national reps and the big show, plus the collateral pay-to-be-there and special projects.

For the national shows, many will generally have taken the best part of two years to realise and are, in many instances, a culminating point or pinnacle in an artist’s career. Many will have an advanced visual vocabulary or be at the height of their popularity, which has led to that national representation and pavilion. Good examples from the Giardini’s ‘Empire Avenue’ would be France, Great Britain and Germany – Laure Prouvost, Cathy Wilkes and Natascha Sadr Haghighian, respectively. These three artists offered emotional and conceptual arrangements of displacement and loss, each charting differing courses through national identities in their signature styles and all demanding different durational commitments. Provost did fun climate change; Wilkes did sad domestic and Sadr Haghighian was someone else.

Between spectacle and anti-spectacle, all three were extremely sophisticated and nuanced presentations of well-oiled practices and all three left me content but a little cold. I got drawn to the dance music in the Korean pavilion instead, a thumping hard techno soundtrack by Siren Eun Young Jung in a rear room, to a video showing four characters performing gender, disability and DJing. It should have been trite, but a very polished visual edit and music mix made it work. A special edition of Harper’s Bazaar Korea, like the special edition Monopl magazine at Germany, did not help any interpretative questions I had, but acted as a good reminder of a blander commodity culture underwriting so much of what is on show at Venice.

The nearby pavilions of Switzerland and Spain, who both had collaborative groups, also played out a gender/queer fuckery with a trickster dance tone. It’s difficult to ‘present as’ counter-culture in such a bourgeois setting, but both functioned to unnerve the heteronormative bias that otherwise dominates. So, when Austria failed to make the mark of reviving a feminist genius, nearby Brazil excelled at presenting the liveliest and somehow most authentic show. Clearly in defiance of the Bolsonaro government, Bárbara Wagner and Benjamin de Burca presented a proud trans-gendered ghetto war dance, ‘horizontally’ created with participants, reappropriating Beyoncé moves to push back pop culture, to own it and ‘serve’ it.

The piece succeeded with ‘realness’ in a way that Shu Lea Cheang at Taiwan could not quite muster. Despite a huge, complex and super-camp production, the work felt like a literal rendition of curator Paul B. Preciado’s writings, channelling Foucault with a panopticon video display in a prison with gender and sexual outlaws. It was cutting yet funny, but too close to texts like Testo Junkie. A live version of the piece – with many of the performers, served with penis cake – was apparently more successful, so said a colleague who managed to attend it on San Servolo, the ‘Island of the Mad’.

If you lived between London and Berlin in the last few years, you would have seen it all, so another colleague said. As I only live in Dublin, the Arsenale and Giardini Central Pavilion are a great way to catch up on the works of Arthur Jafa, Kahil Joseph, Hito Steyrl, Teresa Margolles, Nicole Eisenman, Lawrence Abu Hamdan, Rosemarie Trokel and many more. These works are all too eclectic to describe or discuss here, but those dealing with aspects of social justice and gender politics were strongest. Similar themes occurred with other artists around robots, sauerkraut juice and weepy CGI, but did not work as well.

Science Fiction operated between the AI aspirations of the main show, from the ridiculous Halil Altindere space refugee, or tedious Mars diorama by Dominique Gonzalez-Foerster, to the sublime Larissa Sansour at Denmark. And then there was Stan Douglas; his quantum identity-swapping character fared better in an exquisitely made B-movie, successfully questioning race in space. The Mexican pavilion could be seen as a deranged time-travelling, Bible re-enactment epic, but that was not the intention of artist, Pablo Vargas Lugo. Larissa Sansour’s work has long dealt with finding parallel Sci-Fi narratives for the Israeli-Palestinian conflict, yet her film for Denmark provoked a long online conversation with a friend, who pointed out that the the eco-disaster theme was actually anti-Semitic and not the ‘radical alterity’ proposed by the curator.

One of the last shows I saw was Charlotte Prodger, who represented Scotland. The 39-minute video was slowly paced and the opposite of Laure Prouvost’s 20-minute film which was of a frenzy of edits. Both works share an authority of self-conviction, that kind of public self-belief unironically riddled with self-doubt and diary structures, probable humility and apparent intimacy. Both let the cameras roll around their largesse and the people and places important within their narrative. It reminded me why Lithuania won the Golden Lion, as that work had a different and decided generosity. The singing beach goers were casually directed, giving the impression they really were enjoying their day out, singing about climate change and the end of the world. Maybe it was the collaborative nature of the piece, from production to performance, that brought me back to the staged authenticity that worked so well for Brazil, offering a fresh twist on what post-truth can become.

Alan Phelan is an artist based in Dublin. His trip to Venice was self-funded with press accreditation arranged through VAI.